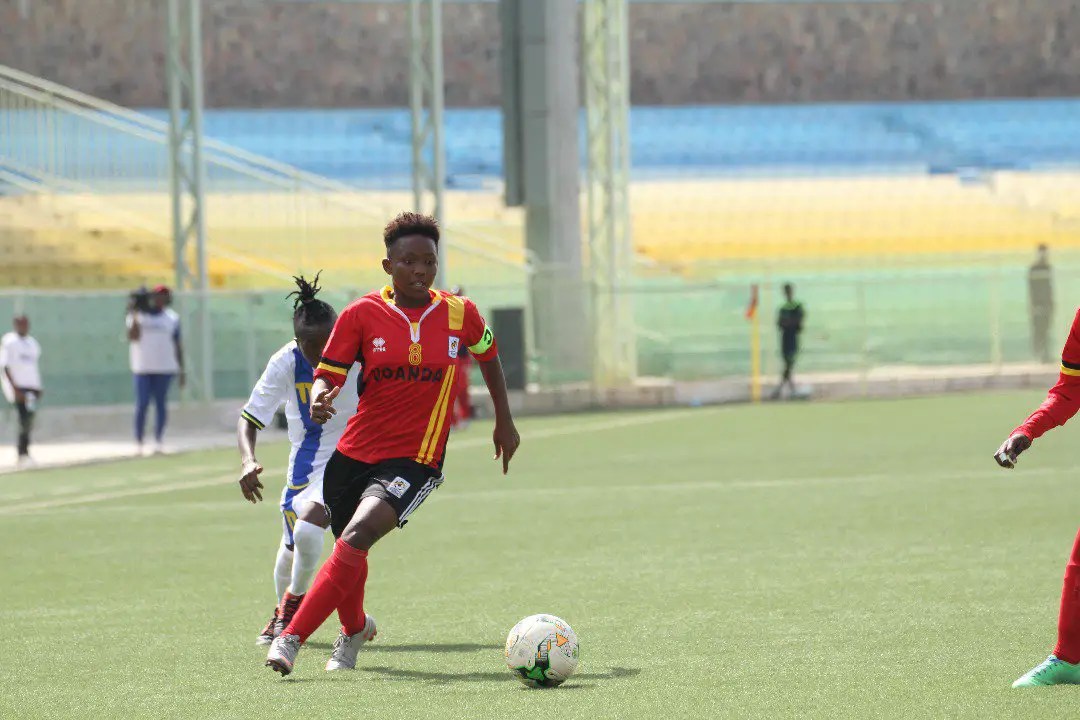 The Crested Cranes captain Tracy Jones Akiror has expressed her delight for taking part of in this year’s COSAFA Women Championship to be held in South Africa.

Uganda was invited as guest to feature in the South African regional tournament, a feat that Tracy and her teammates embrace with much aplomb.

“This is a great opportunity for me and my teammates to get exposed beyond East Africa, it means a lot to us because all along we have been expecting this.”

“We have always been waiting for this opportunity to get exposed beyond East Africa and Africa at large”.

She said while addressing the media this afternoon.

” We promise our Ugandan fans that we have not gone to waste time but going to deliver our level best.”

The Crested Cranes squad has moved out this afternoon aboard the South African Airways.

Uganda was pitted against Swaziland, Zimbabwe and Namibia in Group C. They will open up their campaign against Swaziland at the Walfon Stadium Wednesday 12th September before playing against Namibia (on 15th) and Zimbabwe (on 17th).