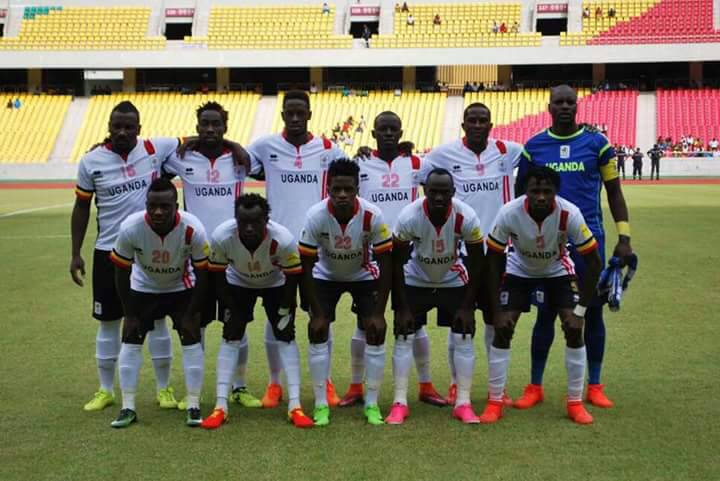 Uganda cranes played to a 1-1 stalemate away to Congo Brazzaville in the final game of group E in the Africa World cup qualifiers.

Marvin Boudry gave Congo Brazzaville an early break through in the 10th minute capitalizing on a deflected shot.
The lead was short lived when Milton Kalisa leveled matters for the Cranes just a minute later when his attempted cross ended up in the net.

Moses Basena made a double change in 56th minute introducing on Derrick Nsibambi and Allan Kyambadde for Geoffrey Sserunkuma and Muzamir Mutyaba. The tactical move nearly paid off when Allan Kyambadde got a Keeper to beat but missed

The hosts also made various changes with Juvhel Tsoumou, Rahavi Kifoueti and Dolan Bahamboula coming on for Yves Pambou, Dzon Delarge respectively.
Uganda cranes’ also made the final change in the later stages of the game, Isaac Muleme paving way for Tom Masiko.

The draw today puts cranes in second position 9 points having played all their group E games and Congo Brazzaville bottom with 2 points. Leaders Egypt have already booked their ticket for next year’s show piece in Russia.