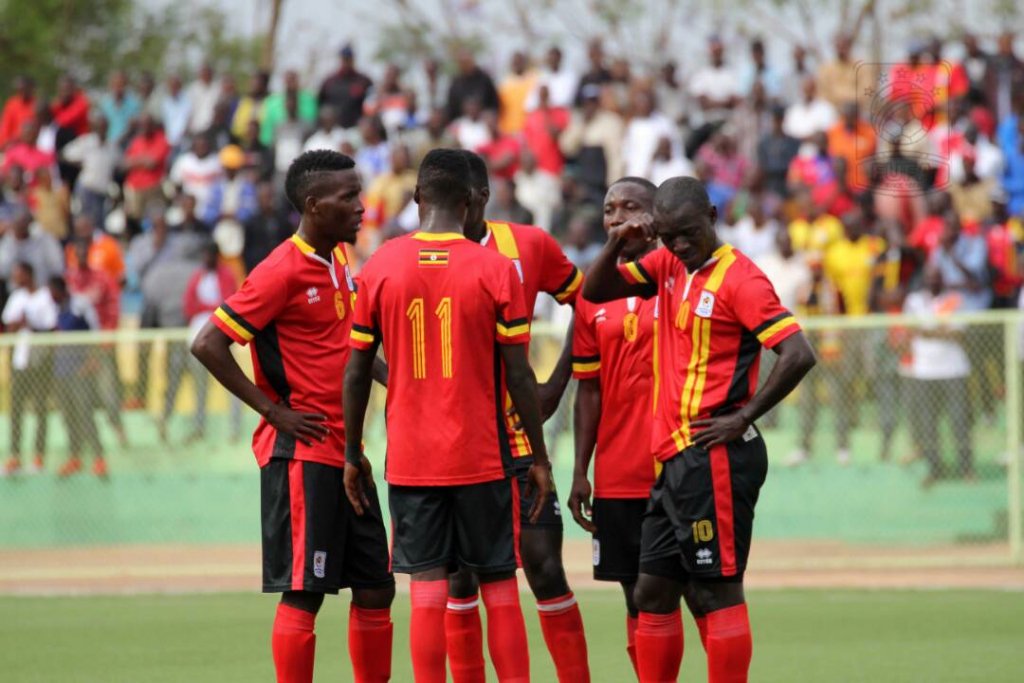 The cranes laboured to a hard fought result in Kigali after falling to 2-0 inside the first 20 minutes of the game. Yannick Mukunzi opened the scoring with a cool header past Ismael Watenga from the corner kick.

The pressure applied on Uganda from the Rwandese was un containable and the cranes failed to have a grip on the game, giving way too much possession and ultimately they gave in a 2nd goal when Thierry Mukunzi connected well with a well weighed free kick past Ismael Watenga.

Basena introduced Martin Kiiza and later on Paul Mucurezi to contain the ball better. The cranes improved in the 2nd half with better ball retention and distribution but the were only limited to a single shot at goal.

Uganda managed to hold on to a 2-0 defeat which was enough to see them following 3-0 win they managed in Kampala. A relieved Basena said shortly after the match ,

” It is a decent result for us though we lost 2-0 but we attained our objective the hard way. When teams suffer to qualify like we have done today, it improves the team. I am proud of my team for what they achieved today”

“The result is a little bit unfair because we had a penalty appeal which I think the Ref should have given us and would have had a big impact on the game. I congratulate every body especially the fans who travelled to come and support us”.

Uganda qualifies for CHAN 2018 after edging Rwanda 3-2 on aggregate.
CHAN QUALIFIER 2018: How the Cranes rated against Rwanda.