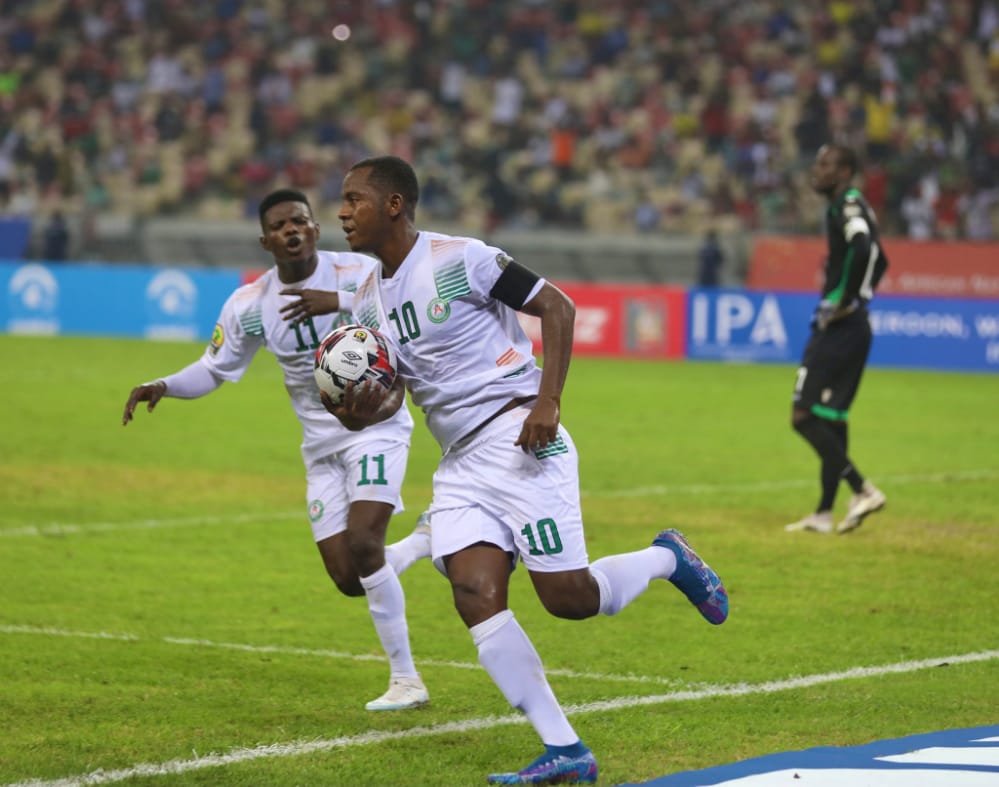 Niger and Congo Brazzaville played out a 1-1 draw in their second group game at the Japoma Stadium in Doaula.

Congo Brazzaville drew first blood through right back Mapata Mouandza whose shot was not well dealt with by Niger’s Abdoul Halidou in the 35th minute.

Earlier on, Congo Brazzaville were dealt huge blow by the nasty injury of their veteran defender Cervelie Epoyo who broke his leg while blocking one of the relentless Niger counter attacks in the 20th minute. Epoyo was replaced by the team’s skipper Dimitri Bissiki who had initially started on the bench.

Bissiki turned villain when he handled the ball in the box to give Niger an opportunity to equalize through a penalty kick.

Niger would have emerged winners of the encounter had it not been the wastefulness of their attackers who squandered four clear cut chances right from the first half. Winger Issa Djibrilla was the biggest culprit.

The draw implies that all the four teams in Group B can qualify for the quarter final stage with a game left. DR Congo (4 points) lead the table followed by Libya and Niger who have two points each while Congo Brazzaville have one.

Niger will face DR Congo while Congo Brazzaville will have to beat Libya in their final game if they are to qualify for the knock out rounds.