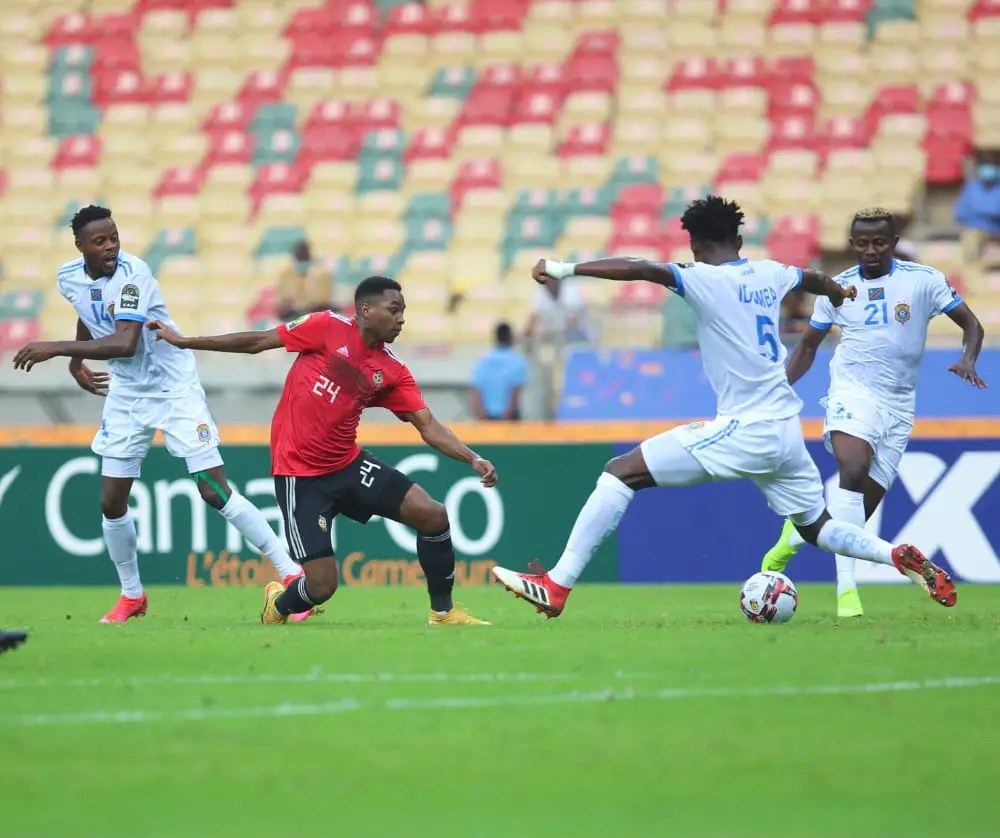 DR Congo needed a late equalizer to salvage a point against a resilient Libyan side in their second game of Group B at the Japoma Stadium in Doaula.

AS Vita midfielder Masasi Obenza scored an exquisite equalizer with the last kick of the game from about 25 yards and settled the game at 1-1.

DR Congo dominated the entire game despite missing four of their players including their goalkeeper Ley Vumi Matampi and coach Florent Ibenge who tested positive for COVID-19.

Libya had taken the lead through veteran striker Muetaz Husayn who headed home a Rabia Al Shadi corner kick in the sixth minute.

Masasi almost got the equalizer towards the half-time break only to see his low shot come off the post with the keeper Ahmed Azzaqa already beaten.

Ebengo also came close with a powerful free kick but Azzaqa stood up to the challenge to punch it for a corner kick.

It was in the last minute of the added three minutes that Masasi finally beat Azzaqa with a brilliant effort that sent DR Congo to four points and temporarily top of the table.

Libya have garnered two points from two games and will face Congo Brazzaville in the final group game.

Congo Brazzaville and Niger face off in the second game of Thursday with both sides aiming for their first victory of the tournament.