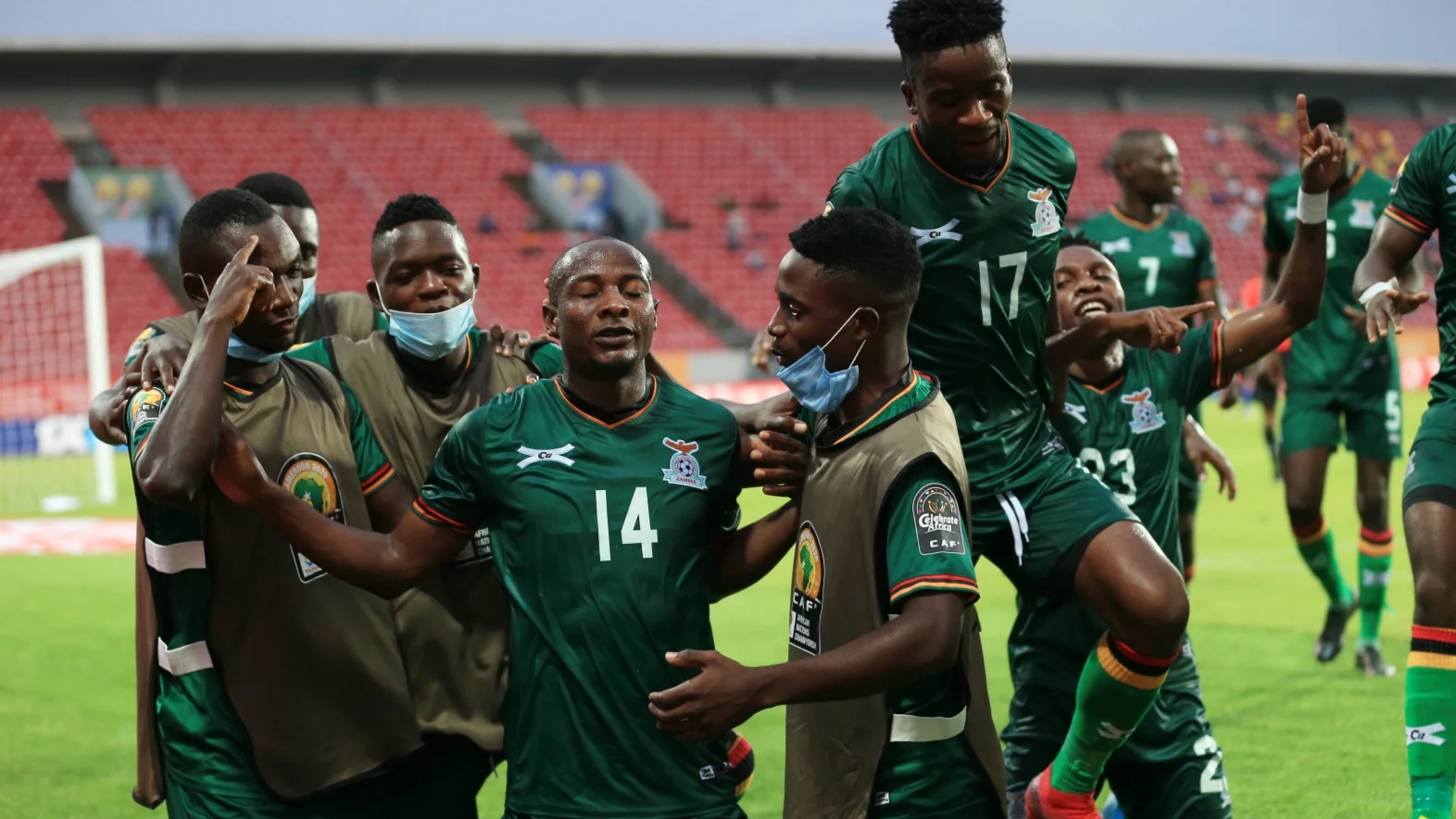 Chipolopolo players celebrate one of their goals

Zambia have kick started their CHAN campaign with a convincing 2-0 victory over Tanzania in their opening group D fixture in the city of Limbe.

A second half penalty from Collins Sikombe and an exquisite volley from Emmanuel Chabula gave Micho’s men a sweet victory over Uganda’s neighbors Tanzania.

The Chipolopolo were the better side on the evening with a dominant display that would have a win of a bigger margin but goal scorer Chabula missed from close range with the keeper Aishi Manula already beaten in the 75th minute.

Sikombe penalty came after Tanzanian captain Shomari Kapombe blocked a goal bound effort with his hand in the 64th minute.

Nine minutes to normal time, Sikombe set up Emmanuel Chabula who scored a beautiful volley to make amends for his early miss.

Tanzania got close go scoring but striker Dimitri Nchimbi failed to bury their chance, opting to try a chip instead of going for a direct shot towards goal.

The Taifa stars will wait until Saturday for redemption when they take on Namibia, whereas Zambia will aim to deal a berth in the knock out stages when they take on Guinea in their second game of the group stages.