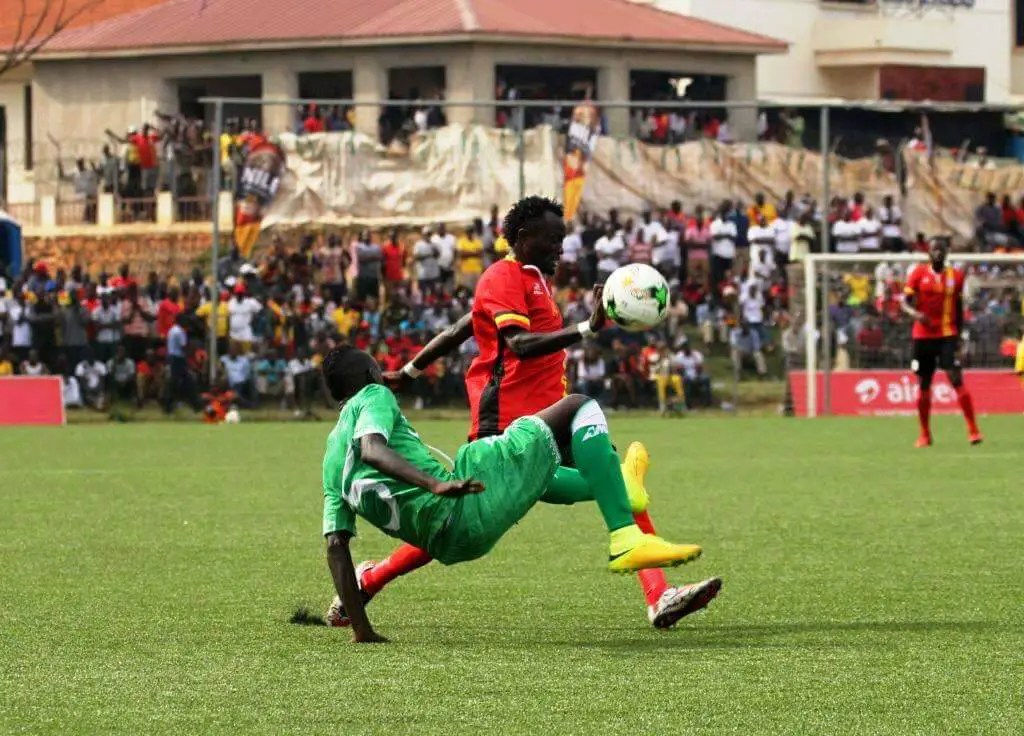 Interim Cranes coach Moses Basena will not be accorded any time for the honey moon as he awaits a baptism of fire against boggy team Rwanda in the tie that is expected to be closely contested at St Mary’s Stadium in Kitende, home of Vipers Sports Club.

An optimistic and confident Basena asserted that,

“We are very optimistic of a win tomorrow, in Africa here a down pour signifies a good omen and we hope it counts in our favour, perhaps it won’t disorganise our health”

“Every member of our squad has an equal opportunity to feature tomorrow, we are one strong unit and non of the boys is injured. Mohammad Shaban’s return will also give us more options going forward “.

Though this will be Moses Basena’s first game in full charge of the Cranes as Interim coach, some of his playing staff like Nicholas Wadada, Savio Kabugo and Benjamin Ochan were among the cranes team that played to a 2-2 draw against Rwanda in February 2013 at Namboole Stadium.

Matches between Uganda and Rwanda have never been friendly regardless of the competition, most notorious of all being the Africa Cup of Nations qualifiers in 2003 when the close neighbours were pitted together in group 13 together with Ghana in the battle to qualify for Tunisia 2004, they played to a 1-1 draw in Kigali but Rwanda went to edge Uganda with a 1-0 defeat under controversial circumstances.

From the last 31 official meetings, Uganda has managed 11 wins , Rwanda winning on 9 occasions and they have shared spoils on 11 occasions.

Where as Uganda boasts of a very good home record, Rwanda’s away form is not one to be proud of. They have not won in 5 of their last outings. They lost 4-1 in Morocco, 1-0 in Mauritius, 2-1 in the Central African Republic and drew 1-1 against Ghana and Tanzania.

Rwanda will heavily rely on new wonder kid Dominique Savio Nshuti who downed Tanzania in Dar es alam , Barnabë Mubumbyi who also scored against Sudan in a build up match before boarding for Uganda and the reliable captain Djihad Bizimana.

The cranes on the other hand will vest their hope in the inform KCCA duo of striker Derrick Nsibambi and Paul Mucurezi who put 4 past South Sudan in the return leg of the previous round.

The German born tactician who will play his first match against Uganda also speaks with gusto that his team will return home with a positive result, he said

” Our main target is to reach the finals in Kenya, and we are happy with the preparations we have had for this particular game, Uganda is a good team, they scored 5 against South Sudan but the pressure is upon them, we are relaxed and we shall play our game and wait for the return fixture in Rwanda where we shall have a fully packed stadium behind us.”

Uganda has only missed out on one edition of the CHAN competitions having missed out on the inaugural edition that was held in the Ivory Coast and it was won by DRC in 2009. Whereas Rwanda will be looking to qualify for only their 3rd edition after hosting the 2015 edition.

This will be the final qualifying round of matches and aggregate winners after the 2 legs will book a ticket to the final event in Kenya early next year.

West A Zone
Mauritania vs Mali
Senegal vs Guinea

“We are confident of getting a positive result against Rwanda” . Captain Wadada
Samuel Ssenkoomi appointed new Express captain