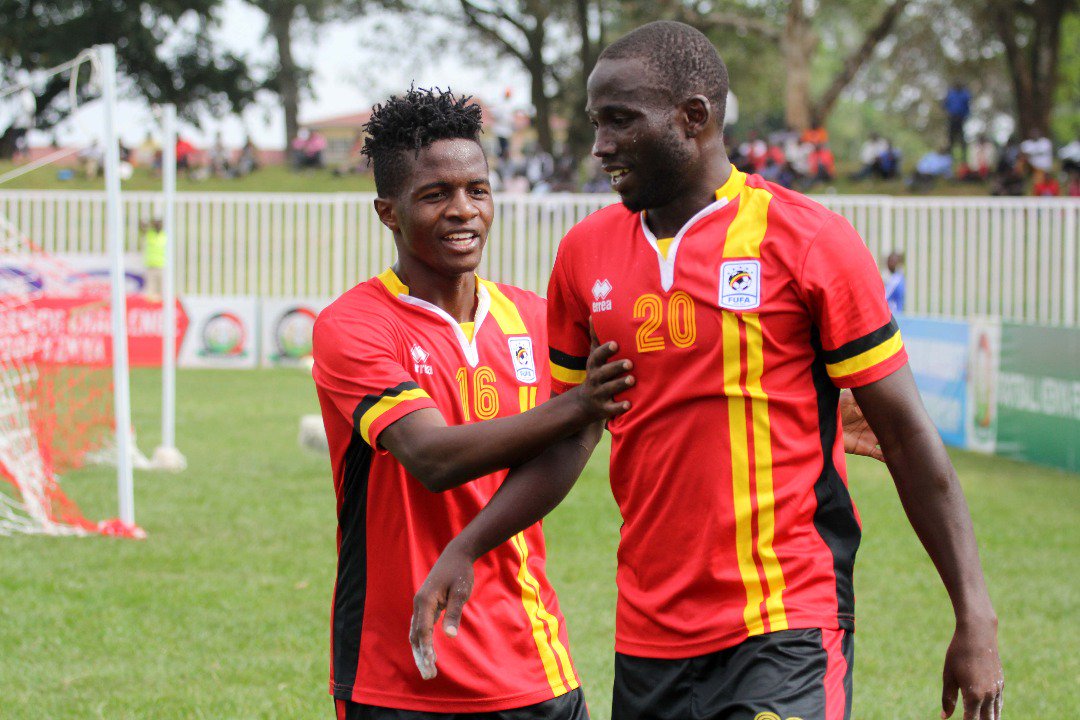 Uganda Cranes registered their first win of the 2017 CECAFA championships with a 5-1 demolition of minnows South Sudan at the Bakhungu Stadium in kakamega on Friday 8th December.

Milton Karisa, Hood Kaweesa, Derrick Nsibambi with a brace, Nicholas Wadada were on the score sheet for Uganda Cranes as Atak Laul scored the consolation for South Sudan.

Seven minutes after kick off Milton Karisa controlled a high ball from Muzamiru Mutyaba outside the eighteen yards box from the left to score at the near post which was not easy for goal keeper Juma Jinaro Awad to control .

Three minutes later Isaac Muleme crossed the ball almost from the corner flag which successfully landed on Hood Kaweesa who headed inside doubling for Uganda Cranes.

South Sudan seemed not to have lost it all when Atak Laul managed to beat Uganda cranes defenders finding Benjamin Ochan away from the posts getting a would be consolation for South Sudan in the 26th minute.

Four minutes later Derrick Nsibambi with a long range shot away from the yards box hit the back of the net making it 3-1 in favour of Uganda Cranes.

Head coach Moses Basena congratulates his players upon their victory

On coming back after half time South Sudan seemed to have lost it and it was in the 57th minute that Derrick Nsibambi added on his account through a cross from Tom Masiko.

Five minutes to stoppage time defender Nicholas Wadada sealed it after coming from the run and finding the back of the net.

The win helps Uganda Cranes lead the group on 4 points ahead of Burundi also on 4 points but on goal difference. Ethiopia  lies third with three points as South Sudan is last with no point