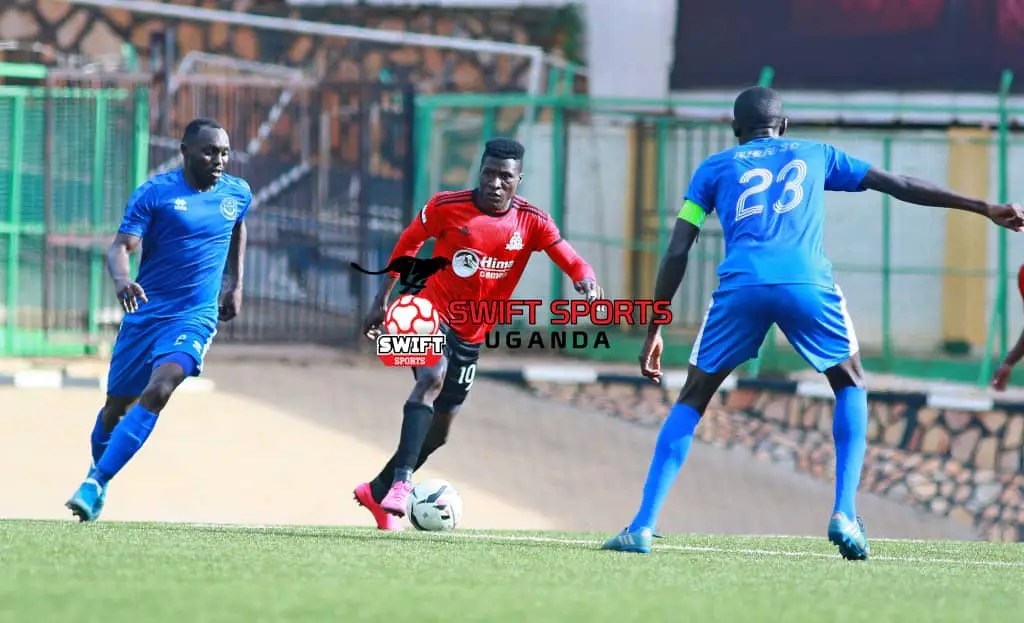 Vipers failed to recover from an uninspiring first 45 minutes where they fell to a 27th minute goal by Balet Walid.

Fred Kajoba rung a few changes in the second period which changed the tide of the game but the scoreline remained unaffected.

We make an assessment of how the players performed.

The goal keeper looked timid on the evening, his decision making left a lot to be desired especially at set pieces and crosses. He struggled to command his young defense against a mature Al Hilal striking force.

Some interceptions and a point blank save in additional time helped to keep the scoreline at a turnable margin.

Looked comfortable defensively but very limited going forward. His flank with Milton Karisa wasn’t operational at all in the first period. He grew into the game with the introduction of Ibrahim Oriti and later Paul Mucurezi.

The debutant had a torrid time on the evening. Started on a high but later faded in thin air.

He failed to deliver any of his trademark crosses to the forwards and caught up in possession on a few occasions. Substituted for Paul Mucurezi.

Vipers’ best perfomer on the evening. He looked comfortable on the ball and never put a foot wrong. He however like many of his compatriots, failed to instigate attacks from the back.

The captain was at fault for failing to command his defense in dealing with the quick throwin that resulted into goal.

The linchpin did exactly what he was supposed to do which is Intercepting and winning back possession for Vipers .

His ball distribution and coordination with the forwards was however wanting.

Another debutant on the evening. Jamil Kaliisa failed to impose himself on the game, struggled with the physicality of the Sudanese and wasted Vipers’ best opportunity in the first half.

Withdrawn in the second half for David Bagoole

Surprising that he played the full 90 minutes. The youngster worked tirelessly but he failed to make his hardwork count.

Too many touches on the ball got him always caught up in possession and also failed to deliver that final pass to release his attackers.

The only shining light in a troublesome first half. Ndugwa tried to instigate attacking moves but got bullied by the Al Hilal physical defensive midfielders. A decent cross early in the second period for Manzoki was his best contribution going forward. Substituted

The number nine barely touched the ball in the first half but he may be exonerated for lack of supply from his midfielders.

In the second period, he showed some flashes of why Vipers were tempted to sign him but he in most cases arrived so late to connect with Ndugwa, Oriti and Mucurezi’s inviting crosses in the area.

The fact that Fred Kajoba identified him as the first player to be withdrawn in his bid to revive the team’s fortunes prove that he was the worst performer on the day. Karisa struggled to get passed Abdul Zig Yagon and barely delivered any positive cross going forward.

Provided the much needed impetus going forward with his pace and trickery. The former Mbarara city man whipped in a few crosses and also put a limit to Abul Zig’s overlapping runs. He alternated across the wings.

Al Hilal struggled to cope with his composure and assuredness on the ball. He made some runs and also dictated play when he came on for Jamil Kaliisa.

The diminutive striker created problems for the Al Hilal defense with his close control and quick movement.

He however missed Vipers best opportunity deep in the second half when Mucurezi fed him with an inch perfect cross.

Provided Vipers’ cutting edge. Every time he got on the ball, there was panic in the Al Hilal goal area.

No player created more chances than Mucurezi in the second period.