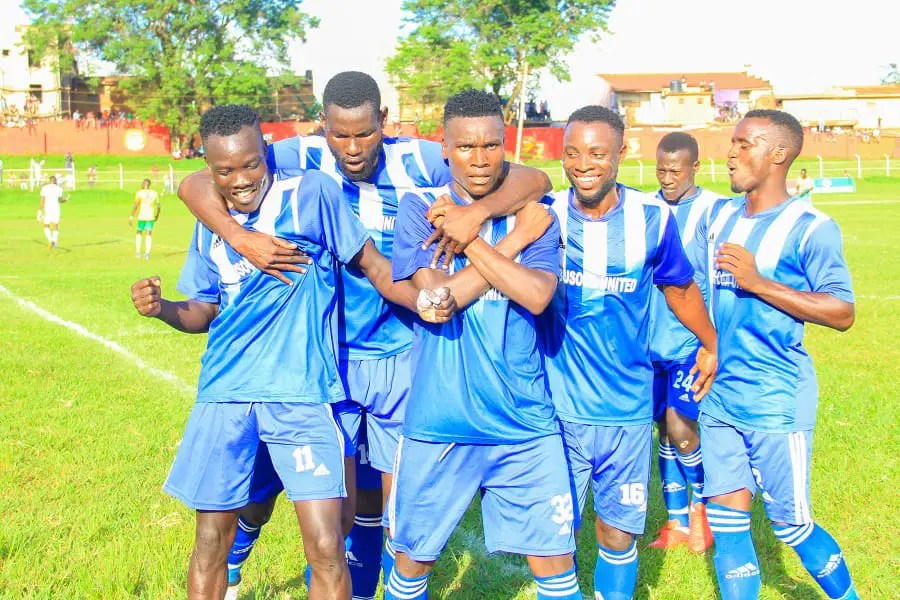 Fresh from edging BUL 1-0 in the Jinja derby at Kyabazinga Stadium in Bugembe, Busoga United host UPDF today at FUFA Technical in Njeru.

Wani Ivan was the goal hero as Busoga United  offset their neighbors.

UPDF won the reverse fixture 3-0 with the help of goals from Brian Kayanja, Brian Kalumba and Douglas Muganga’s own goal.

Abbey  Kikomeko will put his trust in Wani, captain George Kasonko and Isma to help his sid as they bid to run away from relegation .

UPDF will count on Bright Vuni, assistant captain Ibrahim Wamannah, Ssebutinde, Kayanja and Brian Kalumba to inspire them to complete a double over their opponents.

Busoga United is 12th with 23 points and maximum points will see them move to the ninth position.

UPDF is sixth with 31 points, results from this match won’t effect their standings.