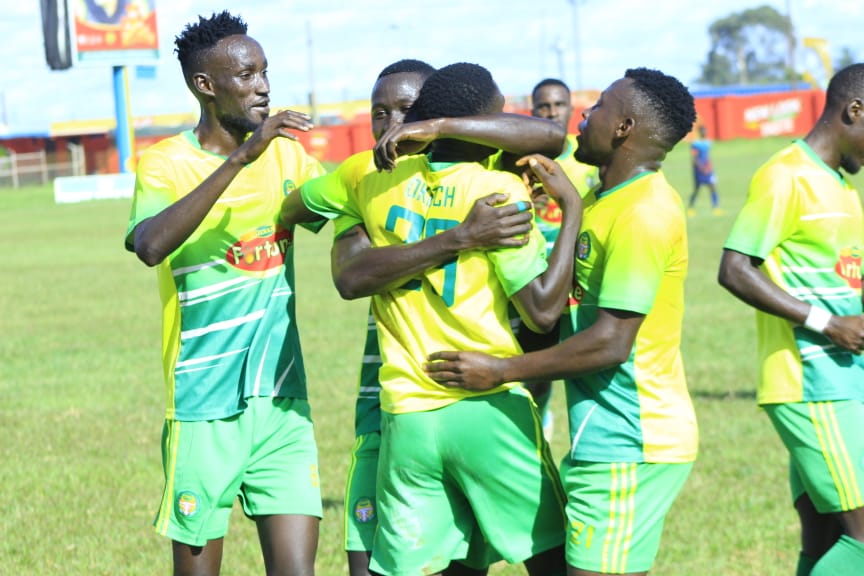 BUL will entertain Kigezi HomeBoyz at Kyabazinga Stadium in Bugembe in the round of 16 of the Stanbic Uganda Cup.

It will be Alex Isabirye’s first game in charge of the home team ever since he rejoined them replacing Arthur Kyesimira on 28th April when his employment contract was terminated due to a poor run of results.

Isabirye’s charges threw out FUFA Big League side Black Power 5-1 on aggregate to make it to the round of 16.

Kigezi HomeBoyz eliminated UPL Kitara on away goals rule after a 5-5 aggregate.

Isabirye believes they have prepared enough to get a comfortable victory,

” I believe our opponents are good enough because making it to this stage is not a walk over but we have fully prepared for them. We are home so we are going to do the best to come out with a comfortable win.”

“The players know what it means to win the first leg so we are going to work together as a team for the best.”

He will look to Kenneth Ssemakula, Walter Ochora, Deogracious Ojok and Robert Mukongotya to inspire his side to positive results.

Mark Twinamasiko will put his trust in Bright Haguma, Rodgers Tabule, Dickson Niwamannya and Robert Baluku to inspire his side to the desired results.

Both sides will have to play the second leg where the winner on aggregate will progress to the quarter finals.