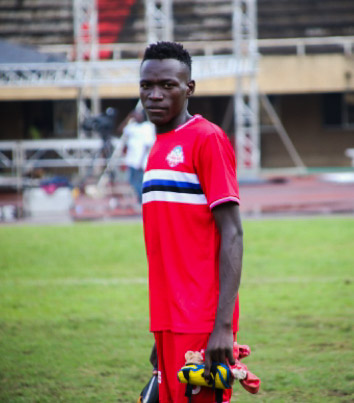 Faizal Muledhu has been a mainstay in Charles Ayiekho’s team

Muledhu has signed a one year contract with the Jinja outfit from Kirinya. He is set to fill the void left by Hassan Musana who joined KCCA Fc earlier in this transfer window.

Muledhu has previously played for Sadolin before he left for Kirinya. He becomes the latest player to depart Charles Ayiekho’s side following the depature of goalkeeper Thomas Ikarah who left for KCCA  FC in the current window.

BUL Fc has also succeeded in signing winger Aziz on a 5 months loan deal from Vipers Sc. He is expected to boost Kefa Kisala’s attack during the second part of the season.

He has previously played for BUL Fc ( first stint), Sc Villa, Tusker of Kenya and Iceland’s IBV. The duo joins Douglas Awori as the other new recruit at BUL Fc.