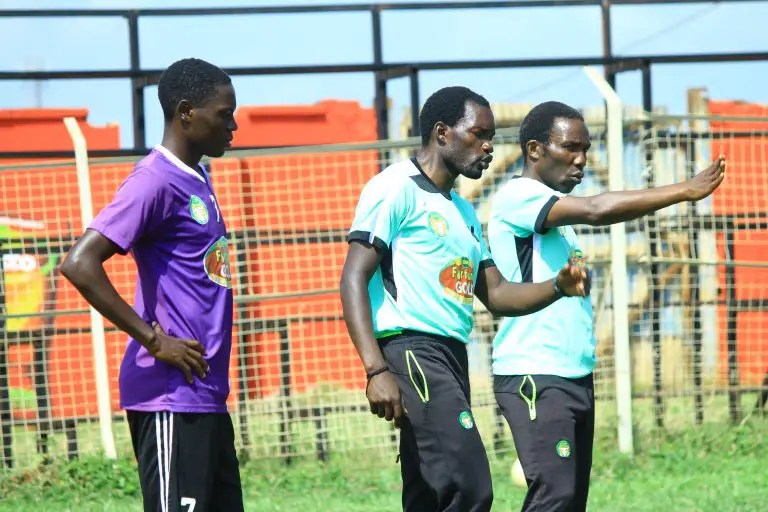 Kyesimira has spent 13 months in the dugout for BUL

Uganda premier league side BUL has announced that they have agreed to terminate Arthur Kyesimira’s contract following a string if bad results that have seen the club dragged in a relegation dog fight.

The communication was made through an official statement released by the club on their official social media platforms that also confirmed Alex Isabirye as his replacement,

“We can announce today that we have taken the decision to part ways with our head coach Arthur Kyesimira.”

“The painful decision has been taken due to results and performance not being at the level needed.”

“The club would like to thank Mr.Kyesimira for his professional and fantastic work during his time at BUL and to wish him unlimited success in the future elsewhere.”

“A new care taker head coach Alex Isabirye has with immediate effect been appointed until the end of the current season.”

They now focus on the Stanbic Uganda Cup to play winner between Kigezi HomeBoyz and Kitara who are yet to play the round of 32.