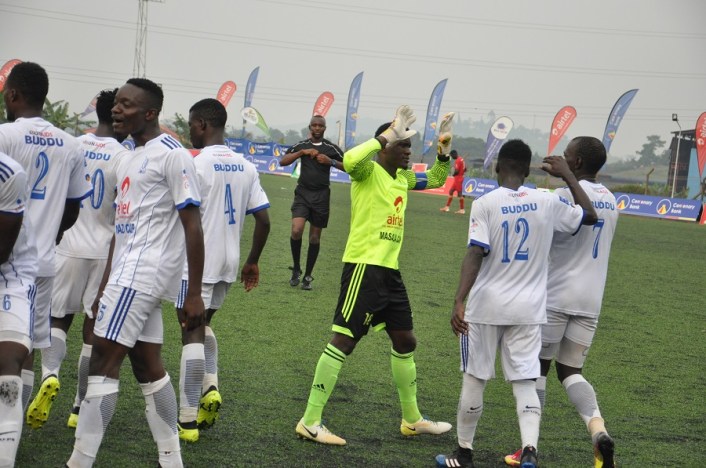 Captain Farouk Yawe joins his teammates in celebration for their victory

Defending the Masaza cup championship remains an untenable feat since 2004. Holders Bulemeezi have fallen to 2016 champions Buddu in a closely contested affair at the FUFA Technical Center in Njeru.

Titus Ssematimba’s early goal remained unanswered by Bulemeezi and it saw Buddu hold on to reach the promised land.

It will a repeat of the 2016 final where Buddu emerged victors in penalty shoot outs.

The two sides qualified from Muganzirwaza group and played to a one all stalemate in the group stages with Charles Bbale scoring for Gomba and Marvin Kavuma for Buddu.

Gomba are looking to winning their 5th championship whereas Buddu are aiming for a 3rd.