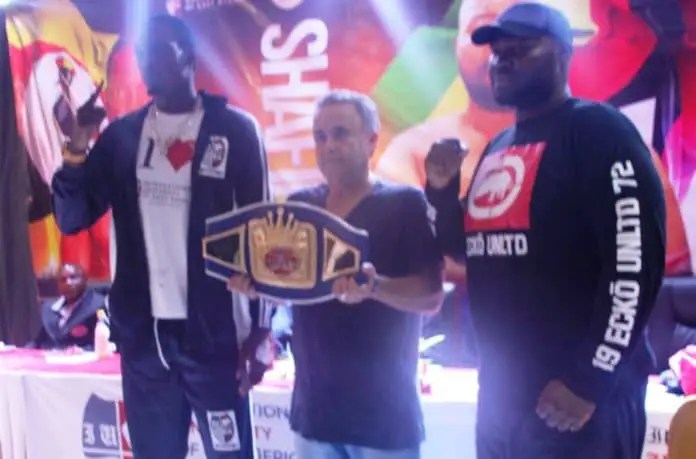 The event will be graced by the World Boxing Federation president Howard Goldberg Ivor who touchdown in wee hours of Wednesday.

During a press conference held at IUEA on Wednesday morning both fighters promised an explosive fight.

“I am the Killing machine and am very ready to rumble. I have prepared well and I can’t wait for the fight night.” I take this opportunity to thank my University, Sponsors, trainers, managers and everyone who has put a hand in this fight.”

His opponent Dube is also confident ahead of the epic contest.

” I call upon everyone to come and see the Champion. I am very ready for the fight.”

Dube has 15 fights, with 12 wins,7KOs and 3 losses. The latter has however spent eight years absent from the sport but he does have the experience.

With the barbs coming from both Kiwanuka and Dube, there seems to finally be something tangible from each camp that points towards a potential fight happening under the lights of IUEA Auditorium.