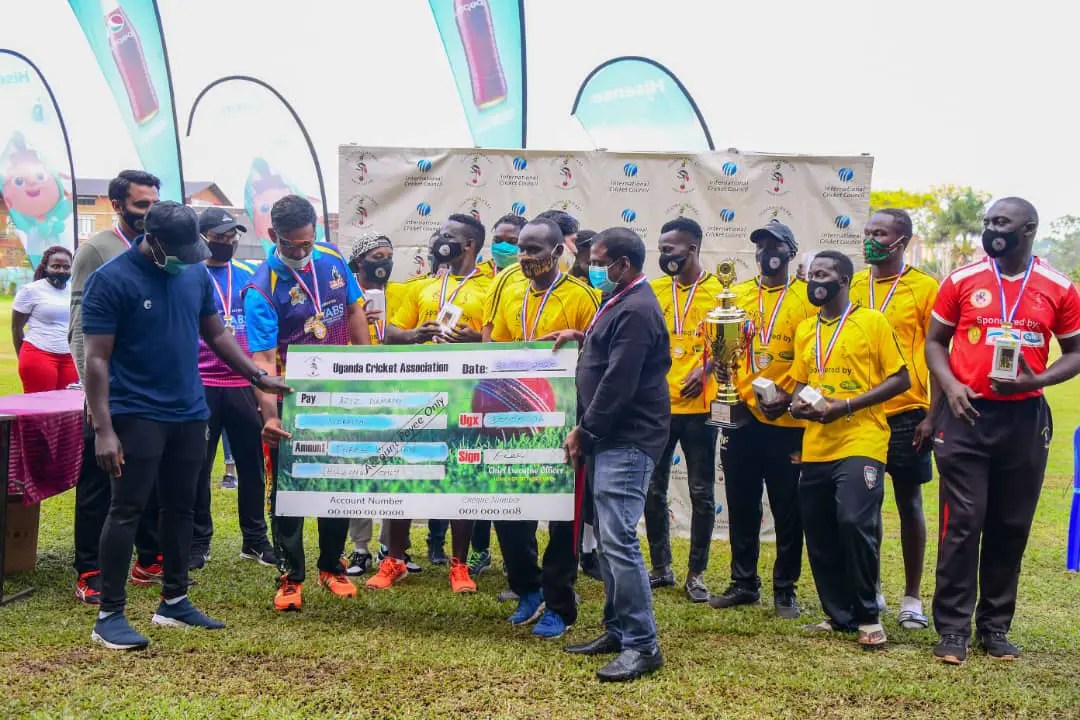 The final which was supposed to be contested between Scorpions and Royal Varsani Bucks was not played due to rain and the poor state of the pitch.

This meant that the organisers had to make a decision and declared Scorpions champions since they were leading the three team log with 10 points, two above Bucks and Mamba Challengers bottom placed with six points.

For starters, the tournament was organised by the Uganda Cricket Association and kicked off last Sunday.

Wasim Butt of Scorpions was named MVP and best Batsman after registering 212 runs, averaging 53 from the six games he played.