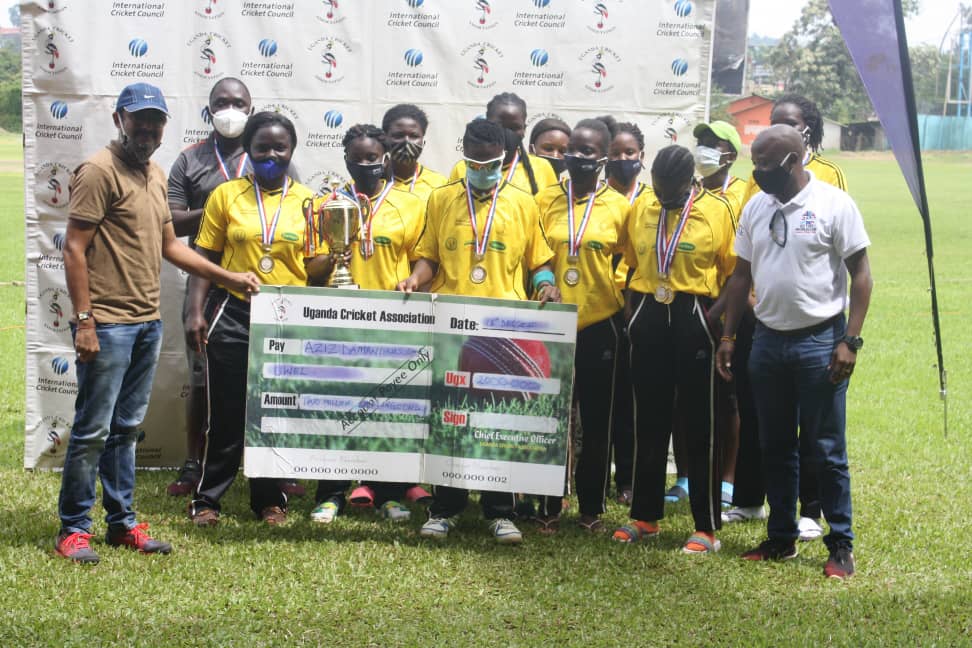 The Hurricanes claimed three wins out of the matches they played in the two team series against Challengers Blizzards at Lugogo Cricket Oval.

UCA CEO Martin Ondeko congratulated the Hurricanes upon their triumph

“I take this opportunity to congratulate the Hurricanes and their coaches for the coming out victorious in the competition.” It has been a fantastic tournament in a year that has been halted by the outbreak of the global Covid-19 pandemic.” Stated Ondeko.

The two sides had to share points in the first game that was washed out on Friday but the Hurricanes won the afternoon game by 10 wickets.

Hurricanes also won two more games on Saturday, December, 12th by 8 runs and 8 wickets respectively to clinch the series with a game to spare.

The Challengers got a consolation win of 13 runs in the last game of the series on Sunday. Sarah Walaza led with 10 runs off 14 balls as the Challengers set 60.