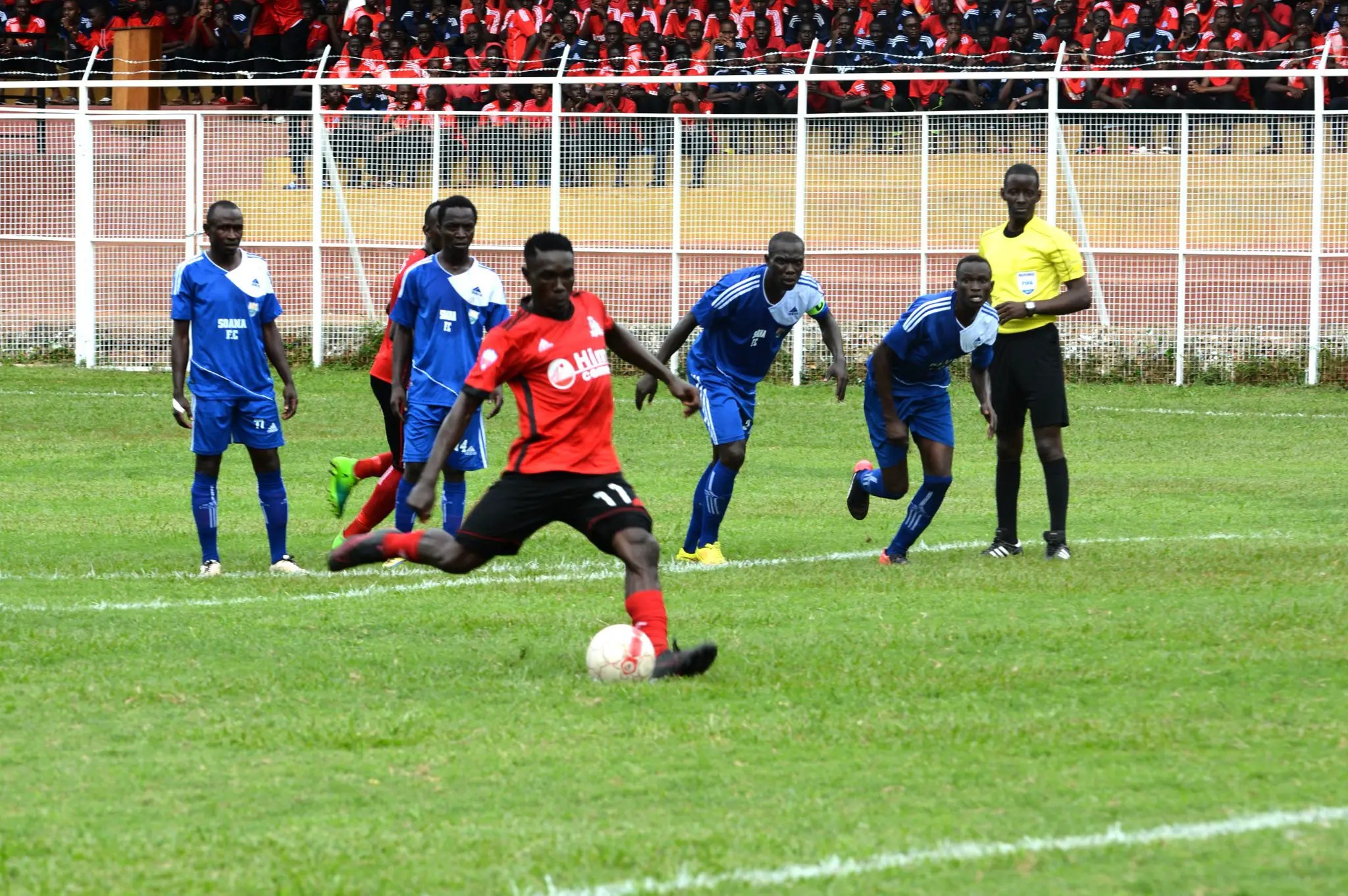 Soana Fc picked a vital away point against Vipers Sc at St.Mary’s Stadium Kitende, thanks to Baker Buyala’s second half goal that cancelled out Erisa Ssekisambu’s first half goal from the spot kick.

In the 17th minute the home side was awarded penalty after John Muwanguzi’s foul on Congolese striker Moussa Mbayi Clovis.

Soana Fc gained more confidence and by the stroke of halftime Paddy Muhumuza nearly gave them the equaliser though heading wide a quality cross from Emmanuel Kalyowa, thus ending the first 45 minutes 1-0 in favour of the home side.

Having ended the first half on a high, the visitors came back stronger in the second stanza and in the 48th minute Baker Buyala levelled matters after a great team work with Emmanuel Kalyowa.

David Katono Mutono on the other side introduced on Allan Kayiwa and Osman Wejuli for Davis Ssali and Baker Buyala respectively.

With the new changes the home side continued to pile more pressure on the visitors but Steven Mukwala, Barden Mujahid were all guilty of missing golden opportunities and by full time whistle game ended 1-1.

This is the second time in 9 meetings that Soana Fc has picked a point off Vipers Sc, the draw today also ends Vipers Sc perfect home record this season having previously won against both BUL FC and Sc Villa 1-0 respectively.

Vipers Sc will travel to Arua for their away fixture with Onduparaka Fc on 28th of this month as Soana will be hosting Mbarara City at Kavumba.