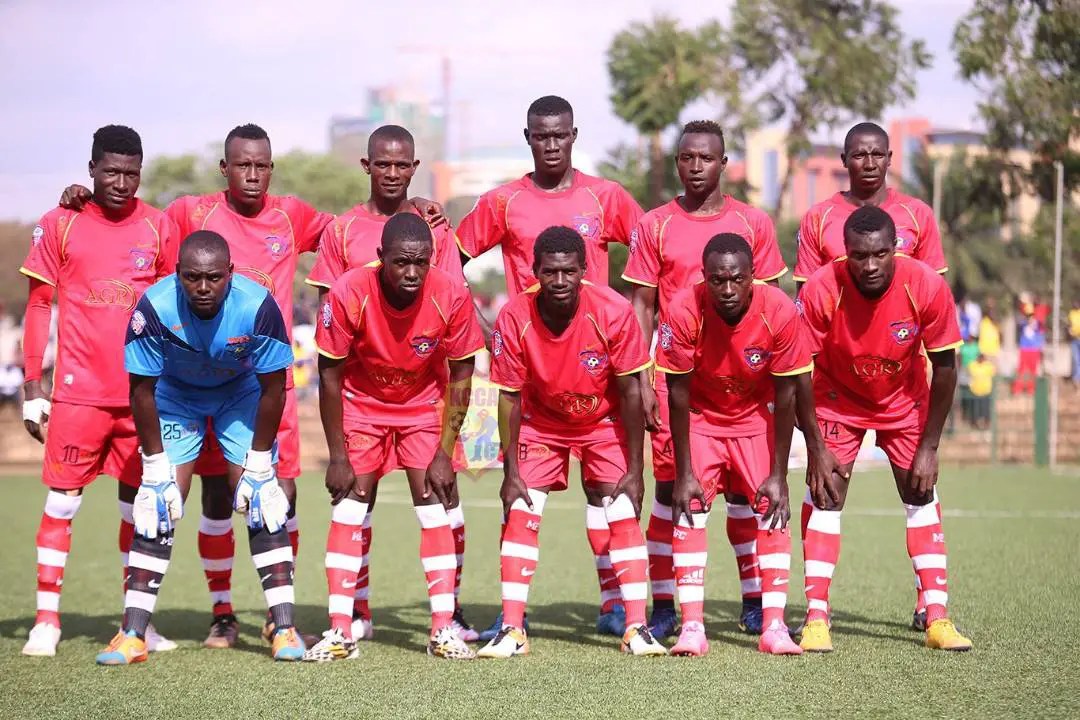 Masavu FC have suffered the heaviest defeat of the season so far and it’s KCCA that subjected them to this bad record, it’s their turn to pay back to KCCA FC as they bid to move out of the red zone for the first time in more than 5 months.

This time round, Masavu FC aim at revenge in their backyard in the return match of the season.

Speaking to www.swiftsportsug.com about this fixture, Joseph Mutyaba the head coach has sent a warning to KCCA that they should come expecting a tough game different from the one at Lugogo in the first round.

” We lost in the first fixture partly because we were not used to the artificial turf but this time round expect the best out of us. It’s time to pay back and i take the opportunity to invite you all to come and watch this game. It will be a very good game for us, we are ready and expect to win”.

In their first round encounter against KCCA FC, the Lugogo based side walloped them a humiliating 6-0 at the star Times stadium. However, Allan Kateregga who made assists for the first 3 goals is not with the Kasasiro boys anymore. Tito Okello and Allan Ssekamatte who were on the score sheet in that game have also parted ways with the Lugogo outfit.

Masavu FC last lost at home in November last year 3-0 when they hosted SC Villa. They have since won 2-1 against Onduparaka FC and drawn 1-1 against UPDF.

KCCA FC on the other hand, last won a premier league game away in November last year 4-0 against Soana in Kavumba before falling 2-1 to Proline and drawing 0-0 against Mbarara city FC at Kakyeka.

Jackson Nunda and Sadam Juma will all be sidelined due to injuries while Patrick Kaddu, Julius Poloto and Muzamir Mutyaba are back to training but not declared match fit yet for the visitors.

For the hosts it’s all good news as skipper Abraham Ndugwa and Arthur Ssemazzi have returned to the squad after missing the most recent Uganda Cup fixture against Synergy FC. However, they will miss the services of Michael Otimong who is still out injured.

Masavu FC second placed from the bottom of the table of 16 teams with 16 points from 17 league games played. A win for the Entebbe based side takes them to the 13th position on 19 points while the visitors are on 32 points and in the 3rd position on the table. A win for the Lugogo based side takes them to the table summit with 35 points with a game in hand.