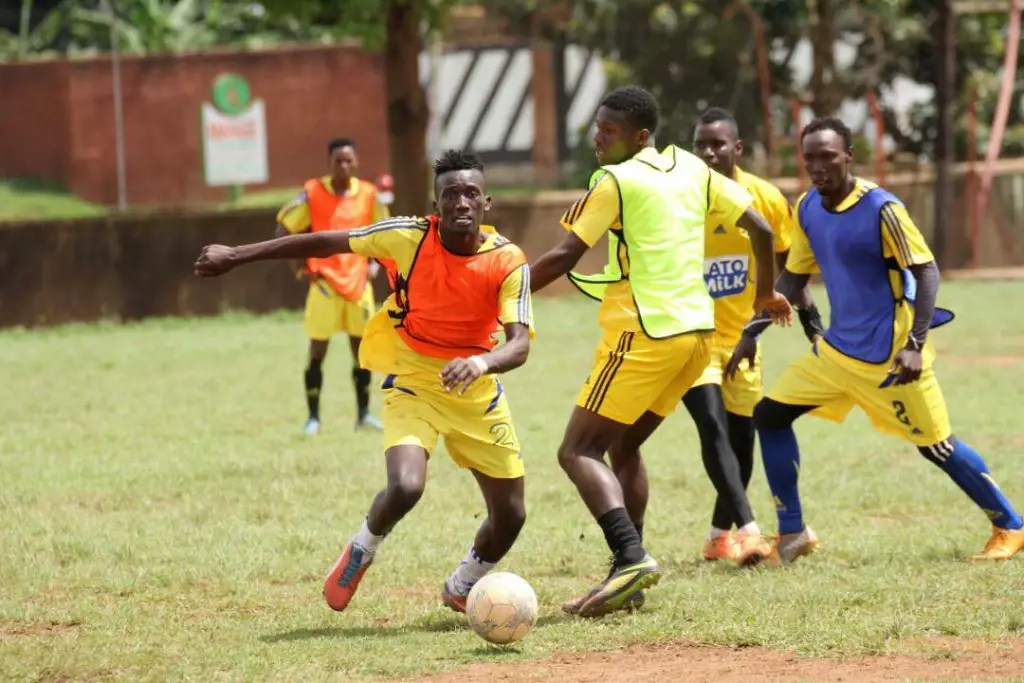 Bright stars will look to win their first game of the season as they host an in form Kirinya Jinja SS who are yet to lose a game this season after drawing with Express, beating URA and scooping a draw from the Jinja derby against BUL FC.

Bright stars FC are also undefeated this season but they are yet to register a single win from their 3 fixtures. They will also be looking to protect their unbeaten record against the Jinja sides at Mwerere.

The two teams have previously faced off on only two occasions and they all ended in stalemates, the first ever meeting on November 1st 2016 in Jinja ended 1-1 and the return leg on April 11th 2017 ended in a 0-0 draw.

Bright stars will look to welcome back experienced midfielder Jimmy Kakooza Kakyanga who returns from suspension after seeing red in the opening game against Vipers SC but head coach Fred Kajoba will still have another game to serve following his four match ban for assaulting referee Denis Batte on the same match, so Paul Kiwanuka will continue taking charge of the dugout.

No injury concerns have been reported in the Bright stars camp whereas their visitors will miss the services of defender Livingstone Mulondo who is ruled out through injury, Cameroon duo of Ebode Bertrand and Makon Landry will start in defence and attacking midfield respectively.

In his post match remarks, Jinja SS’ head coach Charles Ayiekho explained why he made the changes to the team. He said,

” We have prepared for tomorrow’s game but we are unlucky for the increasing number of injuries though we have a big enough squad, I have decided to replace George Kasonko with  Makon Landry since the Cameroonian offers a better creative dimension, the injured Livingstone Mulondo will be replaced by Ebode Bertrand.”

He adds that he is also impressed with his team’s response to his methods in a short period of time and he expects them to produce a positive result tomorrow, he said,

” I am happy that the team is improving game by game, they are quickly picking on my methods and I believe within 3 months it won’t be easy for any opponent to break us. We have had a tough fixture where we faced Express FC, URA and BUL in the derby but we are still unscathed. “

Kirinya Jinja SS stand 4th on the table with 5 points and Bright stars are 11th on the log having only managed to collect 3 points and 2 goals this term.