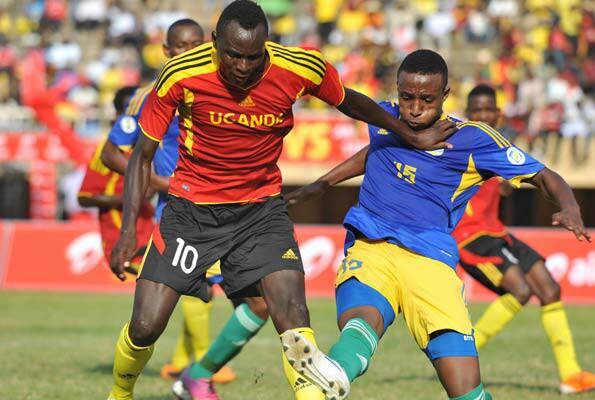 Following their surprise elimination of Tanzania at the previous stage of the Central and East Zone of the Total CHAN qualifiers, Rwanda will now embark on an other possible upset against favourites Uganda. This will be Uganda’s first post Micho competitive match and its a big test for the Interim coaches Moses Basena and Fred Kajoba.

Speaking to the media before the team flew off to Kampala, German born coach Antoine Hey said in an upbeat mood that his team have all it takes to oust Uganda at their own backyard. He said,

” We expect a very difficult game, and the hardest we will play so far and we hope for a positive result, we have everything in our own hands and the return fixture will be played at our home.”

” We need a result that gives us a chance to get into the next round and that’s a tight one. If it’s 0-0, 1-1, 1-0 , everything that is possible that will turn things around in our favour us what we aim for in Saturday’s game. “

The 19 man squad will be accommodated at Imperial Resort Beach Hotel in Entebbe and they will train later on in the evening on Thursday. They will also have a feel of the match day pitch on Friday afternoon.

The full squad that travelled with Antoine Hey.

The second leg will be played on the 19th of August 2017 in Kigali at the stade Nyamirambo.