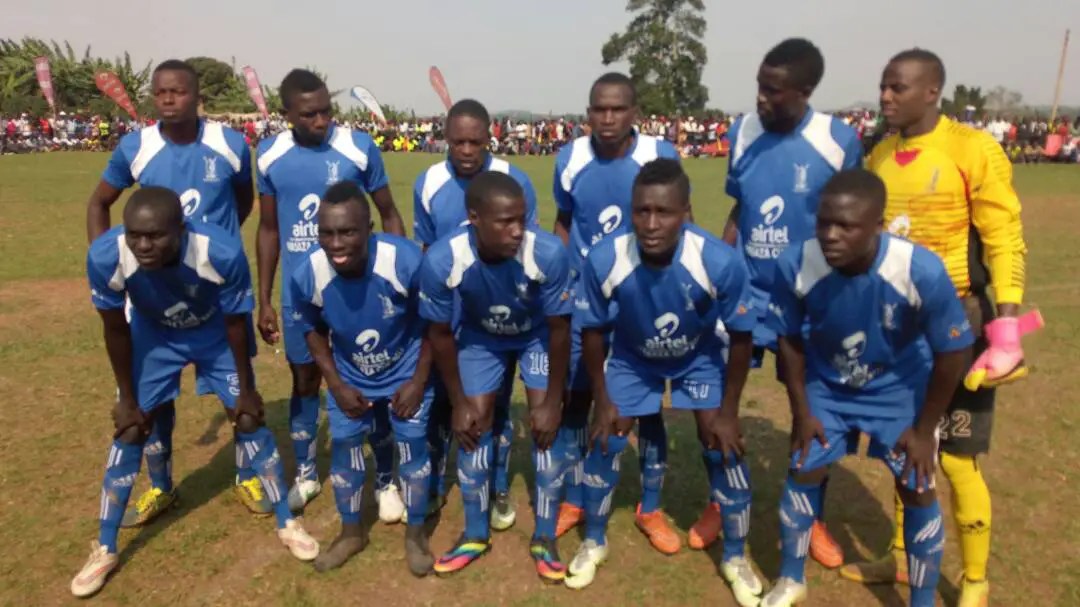 Busiro team that lined up against Ssingo last weekend

The Airtel Masaza cup returns this weekend with the second legs of the semi final encounters between  Ssingo hosting Busiro at Mityana ssaza grounds and Buddu play a host to Gomba at Masaka recreation grounds.

Buddu game against Gomba is tipped as the game of the weekend, Steven Bogere’s men come into the second leg encounter with a massive advantage leading Gomba 1-0 on aggregate a result that can see them reach the Masaza cup finals for the third year in succession.

This was after the competitions committee officially gave Buddu 3 points and 1 goal considering the match referees’ report following the incidents that led to the abandonment of the match last weekend at Kabulasoke P.T.C grounds in the 83rd minute.

Gomba however are good visitors having picked 3 points at difficult places like Mityana Ssaza grounds against Ssingo winning 1-0 during the group phase this year.
Simon Dungu’s men have not lost any away Masaza cup fixture this year winning twice and also drawn on two occasions,

Gomba will like to carry their away form to lead them to the final. Buddu will rely on the services of Ivan Sserubiri and Mikidadi Ssenyonga former Gomba players to make things happen while Joseph Janjali a winner with Buddu last year is entrusted to look for Gomba ‘s much needed goals.

Both teams come into the encounter with no injury concerns and all that awaits is who will advance to the finals of this year when the final whistle is blown at Masaka recreation grounds. In the other encounter Ssingo host Busiro at Mityana Ssaza grounds leading on aggregate 1-0 thanks to an  Isaac Otto goal at Ssentema last weekend.

Shafiq Bisaso has to be delighted with the return of talisman and leading scorer Mukwala Steven who missed the first leg due to injury, Busiro also has no player on the sidelines coming into the game.

Shafiq Bisaso will be eyeing his 3rd final in four years having reached the stage in 2014 with Gomba, 2015 with Ssingo, however his opposite number Paul Kiwanuka will be looking forward to leading Busiro to their first ever in 9 years .

The aggregate winner after the second leg encounters on Sunday,13th, August will faceoff in the finals of 2017 edition slated for 26th of August at Namboole. The losing semi finalists will also take on each other on same date in the third place playoff.

A final between Ssingo and Buddu will be a repeat of 2015 and in case Gomba edge out Buddu we shall witness a repeat of the 2014 climax between Gomba and Ssingo.