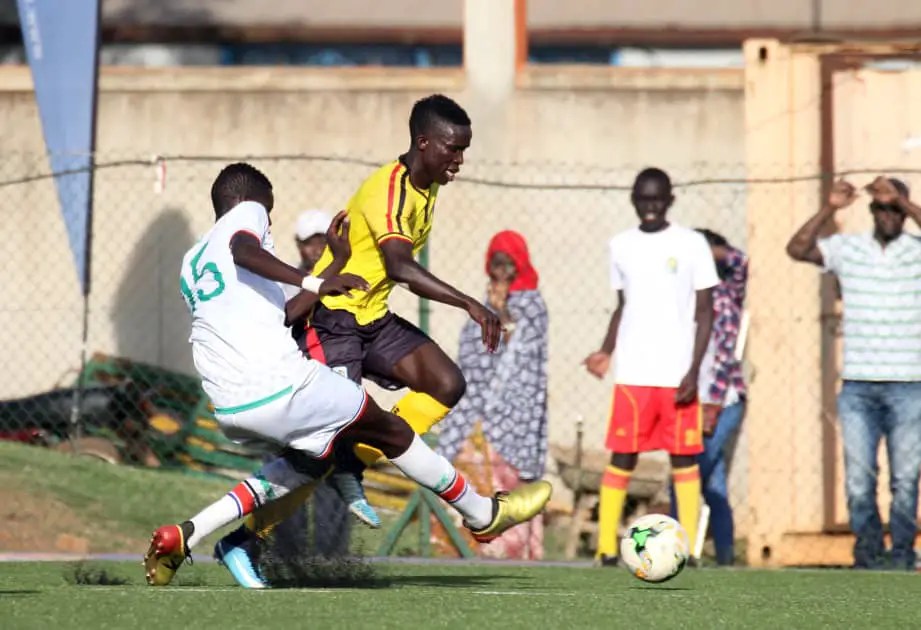 The full 90 minutes had seen both sides failing to find the back of the net until South Sudan’s onrushing goalkeeper Ramadan John brought down Steven Mukwala inside the box.

The KCCA left wing back flawlessly converted from 12 yards to send the Ugandan fans into a bouncing frenzy.

The earlier events in the second stanza had seen the visiting side create a number of chances to frustrate the desperate Ugandan team. Mbarara City’s Wol Makweth, Daniel Samuel and substitute Michael Taku Peter had opportunities to find the net for South Sudan.

On the other end of the pitch, the Kobs through a host of crosses couldn’t beat a well organized South Sudanese defence marshalled by the Kariobangi Sharks kingpin John Kuol Chol.

Wasswa Bbosa brought on Joseph Semujju for skipper Mustafa Mujuzi and later Duncan Seninde for a timid Joel Madondo in a bid to break the deadlock.

Mukwala, Allan Okello and Lawrence Bukenya tried their luck to find the elusive goal but their respective efforts were futile.

The slender 1-0 victory gives Uganda an advantage ahead of the second leg scheduled for Tuesday 20th November in Juba.

The aggregate winner between the two sides will automatically face Tunisia in the final Qualification round.