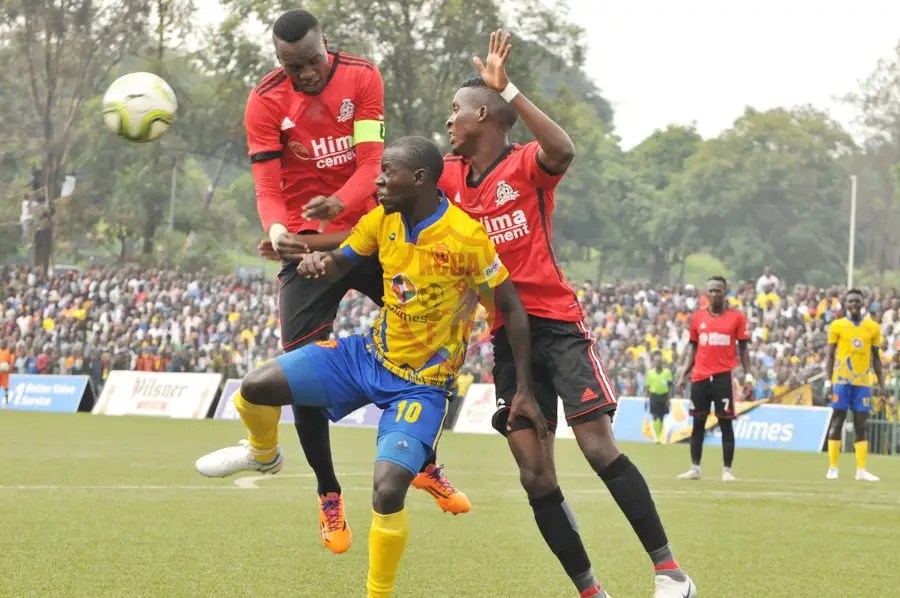 With the two sides sitting first and second on the Uganda Premier league log, the game was regarded as a potential title decider but both had to settle for a 1-1 draw at StarTimes Stadium, Lugogo.

The expectations were high and everyone was hoping that this contest could eclipse the previous encounters and indeed the fully parked jolly fans at StarTimes Stadium had a perfect evening.

Brian Nkuubi put Vipers into the lead when the KCCA FC defence failed to clear the ball inside their box.

The home side tried to press for the equaliser but couldn’t breakdown a resilient Vipers defence in the first period. At the break, Nkuubi’s strike separated both sides.

Early in the second half, KCCA FC tactician Mike Mutebi made a double change introducing on Patrick Kaddu and Gift Ali for Sadat Anaku and Jackson Nunda respectively.

Mutyaba who netted his 10th goal in the league this season had a muted celebration in respect of his former paymasters. He was later withdrawn for Lawrence Bukenya following an injury.

Muzamir Mutyaba had a golden opportunity to score the second but his effort was tipped off sensationally by Vipers custodian Ochan.

Nkuubi also squandered Vipers best chance in the second half with only Charles Lukwago at his mercy but the latter fired wide.

In the final minutes, Kaddu could have won it for the log leaders but his header kissed the bar. By the end of proceedings, it was KCCA who left the arena smiling having protected their four point lead at the summit.

KCCA FC stay top with 53 points and four above Vipers who moved to 49 points. The Lugogo outfit next travel to relegation threatened Paidha Black Angels on Wednesday 10th whereas on the same day Vipers SC face Mbarara City at Kakyeka Stadium.

FUFA Big League: Wakiso Giants lose invincibility as Ntinda and Kira get relegated
NDEJJE UNIVERSITY VS BUL: The lions in race against time to save season