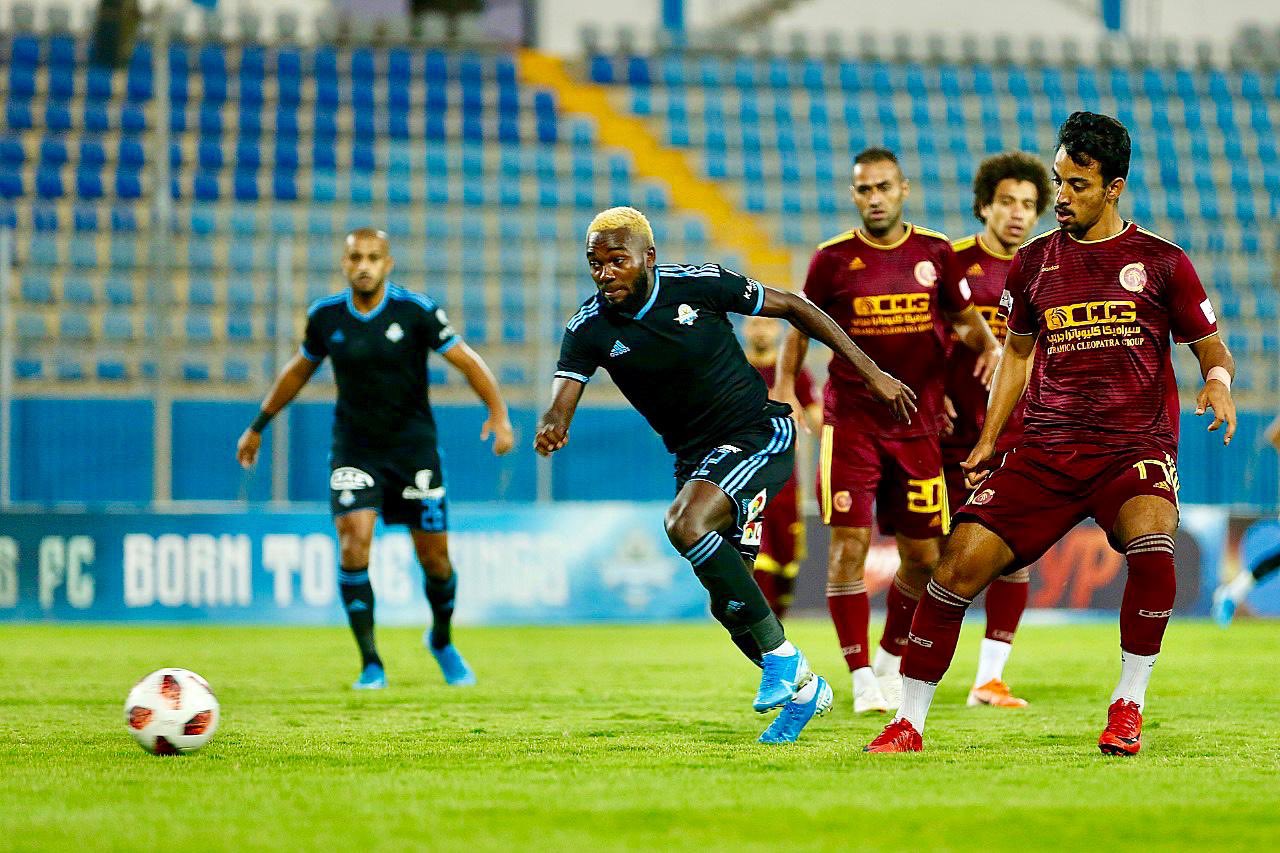 With the 2019/20 CAF Champions League campaign officially coming to an end with the Cairo Derby on Friday 27th November, a new season will kick off with several games across the continent.

Besides our representatives KCCA and Vipers, a good number of Ugandan players will be expected in action in both the CAF Champions League and the Confederation Cup.

Swift Sports brings you a comprehensive list of players from Uganda who are in the line of the forthcoming CAF Inter-club competitions.

Mogadishu City Club will face Niger’s AS SONIDEP in the Champions League preliminary round where the aggregate winner will play against record holders Al Ahly from Egypt.

Goalkeeper Mathias Kigonya was instrumental for Forest Rangers who missed out on the Zambian league title on the final day of last season. He will be in action as Forest Rangers take on Gabon’s AS Bouenguidi in the Champions League preliminary round this weekend.

The aggregate winner will play against Congolese giants TP Mazembe in the next round.

Joseph Ochaya played five CAF Champions League games last season as TP Mazembe were eliminated at the quarter-final stage by Raja Casablanca. He is expected to compete with Arsene Zola for the starting place this campaign.

TP Mazembe received a bye to the second round where they will wait for the winners between Mathias Kigonya’s Forest Rangers and AS Bouenguidi from Gabon.

Midfielder Brian Allan Kizza and defender Stephen Mugisha will turn out for Burundian champions Le Messager Ngozi who will take on Young Buffaloes from Eswatini (Swaziland).

Kizza is part of the squad that traveled to Eswatini while Mugisha didn’t make the cut. The aggregate winner between Le Messager and Young Buffaloes will play against AS Vita Club of DR. Congo in the subsequent Champions League round.

Jamal has already joined the Sudanese giants after missing the club’s camp in Egypt. He kept five clean sheets in the nine games he played for Al Hilal during the 2019/20 CAF Champions League campaign.

Dennis Onyango, Robert Odongkara and Jamal Salim will all be representing Uganda in the Champions League (Photo: FUFA Media)

AC Horoya’s Robert Odongkara is one of the four foreign-based Ugandan goalkeepers who are to feature in this season’s CAF Champions League. However, the Uganda Cranes shot-stopper faces stiff competition from Moussa Camara and Senegal’s Khadhim N’diaye (who returned from a long term injury) for a starting place with the Guinea champions.

Horoya received a bye and will face the eventual winners between RC Abidjan (Ivory Coast) and Togo’s Asko Kara in the final round of qualification.

South Africa’s Mamelodi Sundowns also received a bye to the next Champions League round and will wait for an aggregate winner between Botswana’s Jwaneng Galaxy and Zilimadjou of Central African Republic.

Uganda Cranes skipper Dennis Onyango will feature for the Masandawana who will be vying for their second CAF Champions League title.

Former Villa and Express defender Shafik Bakaki won the 2019/20 Zambian league with Nkana FC who will face Lesotho’s Bantu FC in the Champions League preliminary round and later Esperance de Tunis in case they advance to the next stage.

Bakaki had less playing time last season but has returned to Zambia after a short holiday in Uganda.

Former SC Villa and URA goalkeeper Sulait Luyima will feature for Djibouti side Arta Solar 7 who play Egypt’s Arab Contractors in the Confederation Cup preliminary round.

Arta Solar 7, winners of the Djibouti Cup, have signed former Arsenal and Barcelona midfielder Alexandre Song on a two-year contract.

Should Arta Solar 7 defy odds and eliminate Arab Contractors, they will have to play against Tunisia’s Etoile du Sahel in the subsequent round.

Lawrence Ndugga who features for Botswana’s Orapa United will face AS Kigali in the Confederation Cup preliminary round where the eventual winners play against Uganda’s KCCA in the next stage.

The former BUL FC and Kira Young offensive midfielder has expressed his excitement to play against a Ugandan side.

” I’m not saying we have already qualified to the next round but I’m so excited that I will be playing against a club from my mother country.”

” I can’t wait to face the best coach in Uganda, Mike Mutebi but also some of my brothers like Kigozi Andrew.”

KCCA received a bye to the next round following their impressive performance on the continent in the recent years.

Lanky defender Joseph Othieno was one of the new signings made by Burundian side Musongati FC at the start of the ongoing season.

He will feature for the Burundian side who play against Zambia’s Green Eagles in the Confederation Cup preliminary round.

The winners over the two legs will face Coton Sport Garoua of Cameroon or Togo’s UFC Sokode in the next stage.

Will Patrick Kaddu make a come back at RS Berkane? That’s a question for another day. The Uganda Cranes striker is still contracted with the current CAF Confederation Cup holders but has spent the better part of 2020 in Uganda.

Patrick Kaddu during his first months at RS Berkane in Morocco (Photo: RSB)

He was sent out on loan at Ismaily SC in Egypt where he played two games and scored one goal before his loan deal came to an end.

Kaddu was never used in continental games last season and his comeback looks unlikely if the current situation is anything to go by.

Ibrahim Kazindula will feature for Alex Isabirye coached side Horseed SC who will represent Somalia in the CAF Confederation Cup.

The winner between the two sides is line to face last season’s losing finalist Pyramids FC from Egypt.

Winger Abdul Lumala has been nursing a knee injury in the past four months but will be in line for some action when Pyramids FC get to the advanced stages of the CAF Confederation Cup.

The Egyptian moneybags bags will either face Al Ittihad Tripoli of Libya or Alex Isabirye’s Horseed SC from Somalia.

Pyramids lost 1-0 to RS Berkane in the single-legged2019/20 final held in Morocco in October.