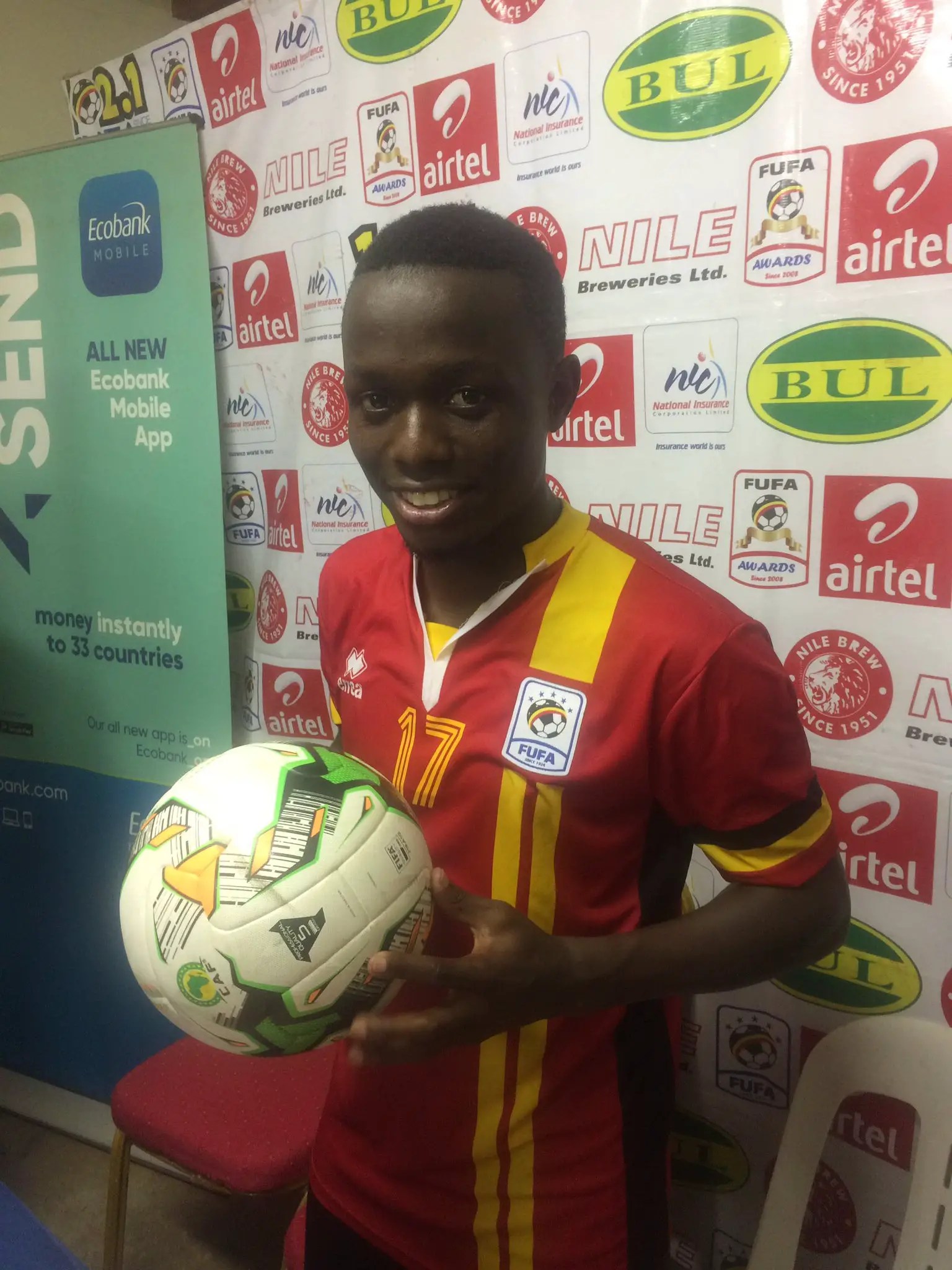 Mucureezi Paul earned his second Cranes cap on Saturday in the CHAN qualifiers against the Bright stars of South Sudan at Lugogo. He came in for injured Derrick Nsibambi who had earlier put cranes in the driving seat in the 35th minute.

Mucureezi was then the man on fire as he scored his quadruple in one game. His first goal came in 41st minute after converting a well taken assist from Vipers midfielder Waiswa Moses. He completed his brace in the 46th minute and a hat trick in the 50th minute before sealing off the scores in the 57th minute

Mucureezi in a delightful tone says,

“I thank the almighty that i managed to deliver on my debut, scoring four in a single game.”

“It was God who helped me do the needful to help my team make it to the second round of the CHAN qualifiers, South Sudan weren’t an easy opponent to break down but we stuck together as team and when I was brought on, I knew this was my chance, fortunately I managed to walk home with the match day ball”.

On his expectations in the national team colours,

” I want to win more caps with the national side in all international games and with the almighty on my side i will be able to deliver. “

” I dedicate this tremendous win to my Parents, Rev. Canon Bwanahoro and Mrs.Jolly Bwanahoro who have been always there for me through out thick and cold.

Mucureezi Paul has previously played for Nyanza FC in Kabale before joining Mutundwe Lions and later moved to KCCA FC his current employers.

He scored six goals for KCCA FC last season 3 coming from the League and 3 goals in the Uganda cup. His goals helped KCCA FC win a domestic double and was instrumental in the club’s adventurous CAF Confederations cup journey thus reaching the group stages.