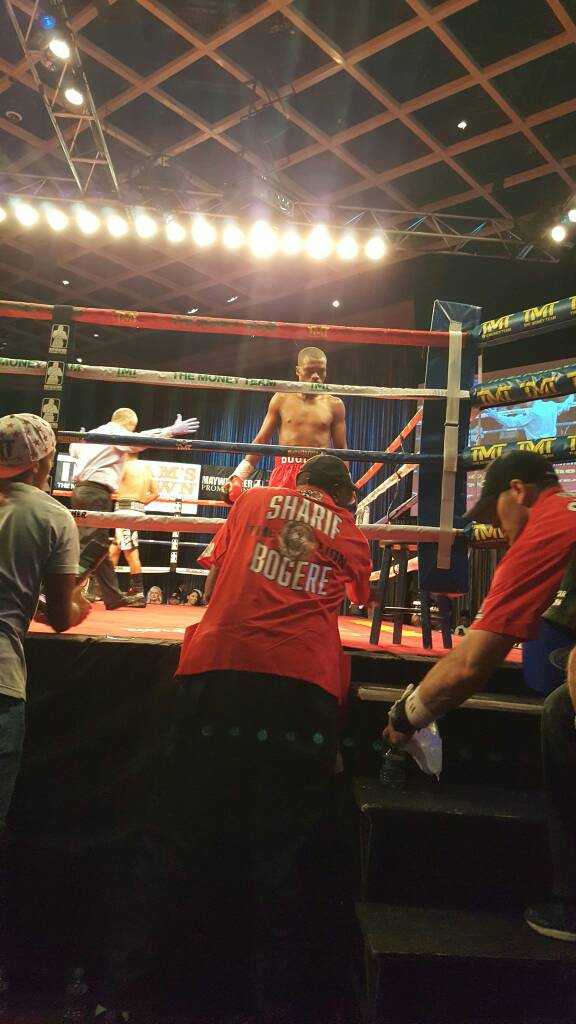 Lots of people were shocked by Sharif Bogere’s fast hands as many thought he would struggle after a year out of action. Sharif contained the Mexican with his lethal jabs from the beginning.

Rodriguez pushed to counter measure, he laid some punches to Sharif earlier but soon as the Ugandan picked rhythm his offense went rapid.

Sharif won the fight with an Unanimous decision(U.D) of this 10 rounds bout with all 3 cards reading 100-90 in his favour, raising his title contention chances.

The results also pushed his wins to 30 out of 31 fights with one loss while it condemned Rodriguez to his 10th loss in 34 fights, winning 23 and drawing 1.

Other action before the main event included,
Cameron Krael taking on Shoki Sakai who is trained by Mexican Legendary boxer, Nacho Beriatain in a fight many thought was a draw, final tallies reading 77-75, 76-76 and 76-76 again.

Both Rolando Romero and Andrew Cortes won their fights with TKOs. Romero’ TKO came in second round defeating Johnny Estrada while Andrew Cortes’s TKO came in the fourth round over Thomas Herrera.