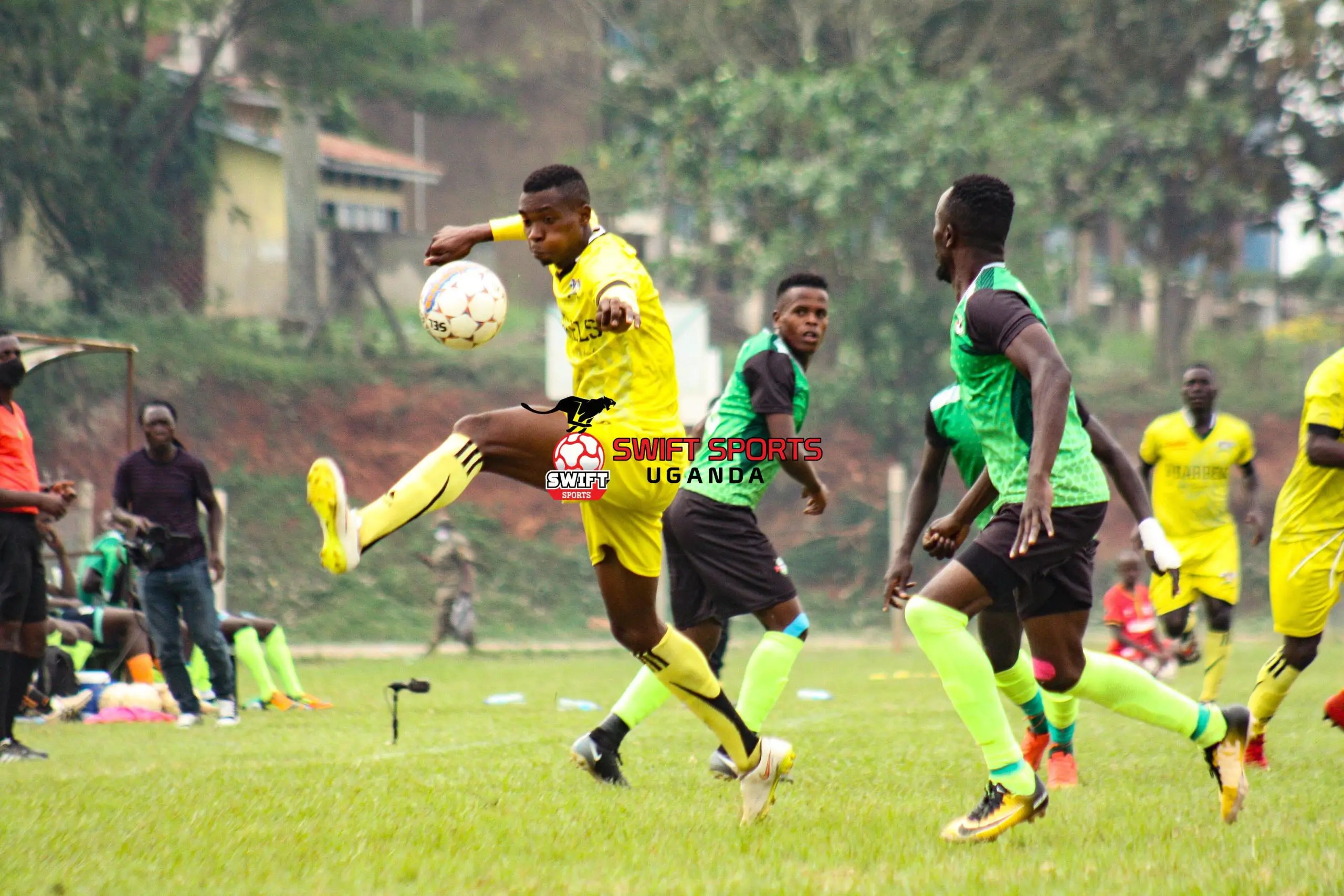 Jude Semugabi is expected to lead the hunt for goals

The Ankole Lions are in high spirits after beating Wakiso Giants 2-1 in the most recent fixture thanks to Solomon Okwalinga’s late winner.

Mbarara City are unbeaten in the league since Mbabazi took charge but were unfortunate to lose to URA 1-0 in the Stanbic Uganda Cup last weekend.

Their opponents MYDA are also in a tough battle for safety and sit second from bottom with only six points garnered from the 16 games played.

MYDA lost their most recent league game 2-1 to SC Villa in Tororo and also got eliminated from the Stanbic Uganda Cup last week after falling 5-4 to Proline over the two legs.

Mbarara City are currently 11th with 17 points accumulated. They are five points above the drop zone and any win against MYDA would enhance their chances for safety.

The Ankole Lions will be without Bashir Mutanda, Jasper Aheebwa, Soulaymane Bamba, Ronald Edwok and Wol Makweth who are injured.

The team is expected to greatly rely on strikers Henry Kitegenyi and Jude Ssemugabi.

MYDA will be without Moses Batali, Rashid Mpata and Derrick Basoga who didn’t travel due to respective injuries but welcome their leading scorer Ibra Nsimbe.

The Flying Eagles of Tororo will also miss Lebanese forward Ahmed Saleh who wasn’t declared fit for the encounter.

The first leg encounter ended 3-3 in Tororo. Mutanda and Wol Makweth (brace) scored for Mbarara while Nsimbe and Ogik Norman (brace) were on target for MYDA.