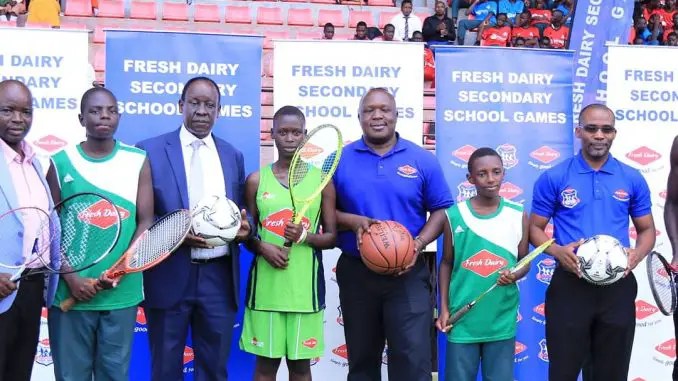 The Commissioner in Charge of Physical Education, Hon. Omara Apita presided over the official launch of this year’s edition. Vincent Omoth represented Fresh Dairy at the grand ceremony

Patrick Okanya, President USSSA expressed his delight upon the increase in the number of participants.

“The games have this year registered an increase in participants of students from four hundred eighty thousand(480,000) last year to six hundred thousand in 2020.”

These games will start on 6th March 2020 with the district qualifiers through to April for the zonal qualifiers.

The National Finals are slated for 1st -10th May 2020 in Gulu District at St. Joseph Layibi and Sacred Heart Secondary School.