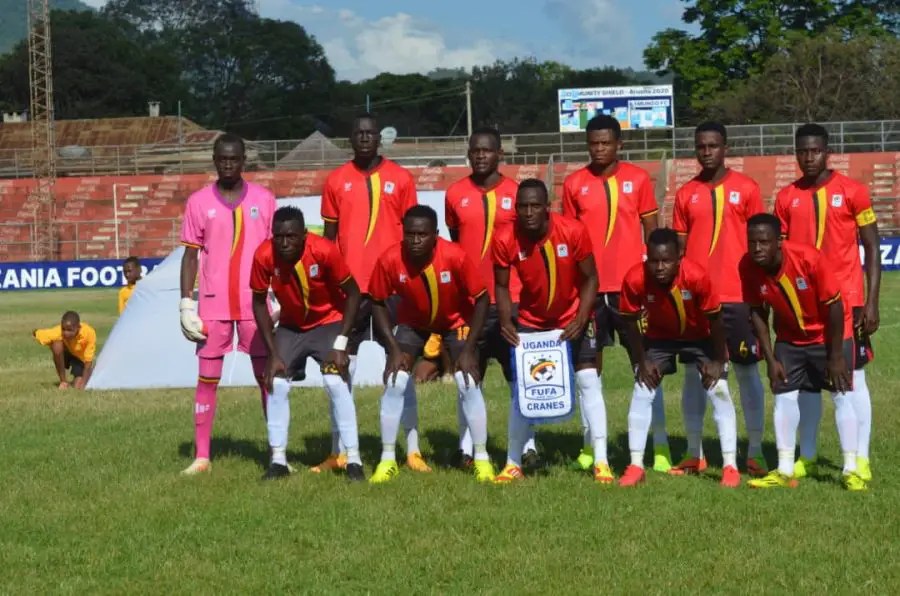 10 man Uganda Hippos and South Sudan played out to a goalless stalemate in a group B encounter of the CECAFA Challenge Cup U-20 at Sheikh Amri Abeid Stadium in Arusha on Monday evening.

Morley Byekwaso’s charges were reduced to 10 men in the 35th minute after defender Musa Ramathan was shown a direct red card.

The Hippos were the dominant side in the opening stages of the contest and came close to scoring the opener through forward Richard Basangwa in the 10th minute.

By the end of proceedings, the two sides had to settle for a goalless draw in their opening game of group B.

Uganda will next face off with Burundi on Wednesday, 25th November.