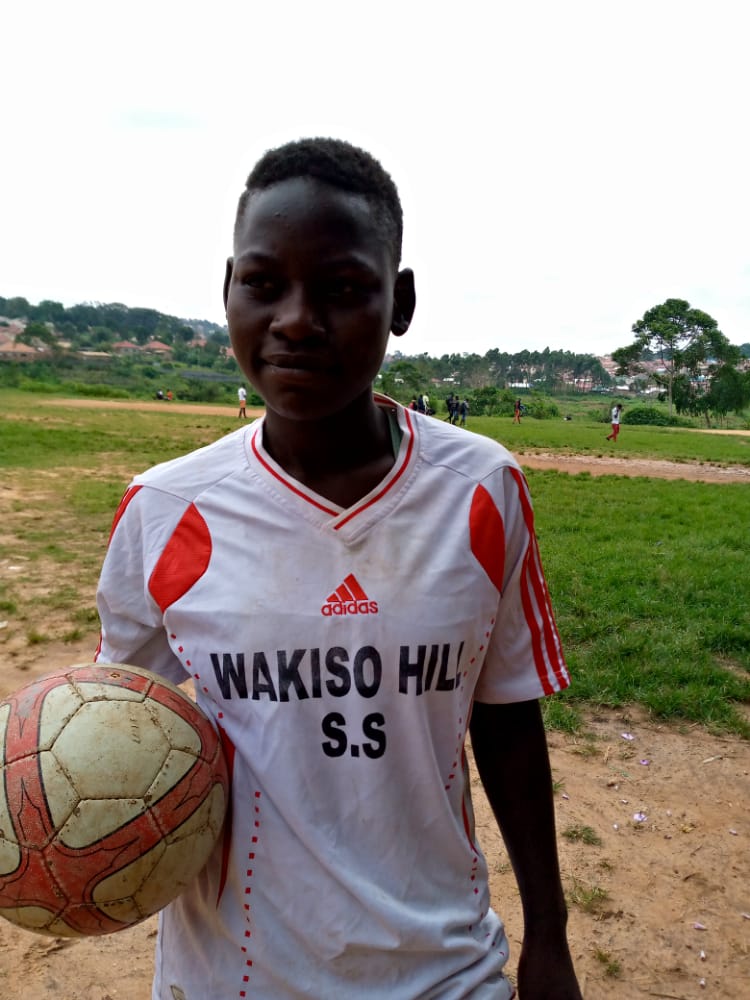 Namata is a student in Senior One and has featured for Jolly Primary School from where she joined Gaddafi Integrated Academy in Kawempe.

She was signed and unveiled in the presence of her mother Justine Nalubega who expressed her delight upon the move.

” I am very happy for my child to join Wakiso Hill Women Football Club. I know they will help her to develop her talent as a player.” Nalubega said.

” She is a good player with a good physique. We have been lacking such a player in our defence so I believe she is here to fill that void. She is a young player so she is one for the future. I expect her to be a great player for us.”

Kamya told the media after the unveiling.

Namata joins other new signings at the club who include Josephine Nabagereka, Catherine Nabwami and Sarah Namatovu “Titah” who were unveiled a fortnight ago.

Wakiso Hill Women FC will be under coach Swaleh Kamya who will be targeting to earn promotion to the top-flight league of the FUFA Women Super League in the following season.