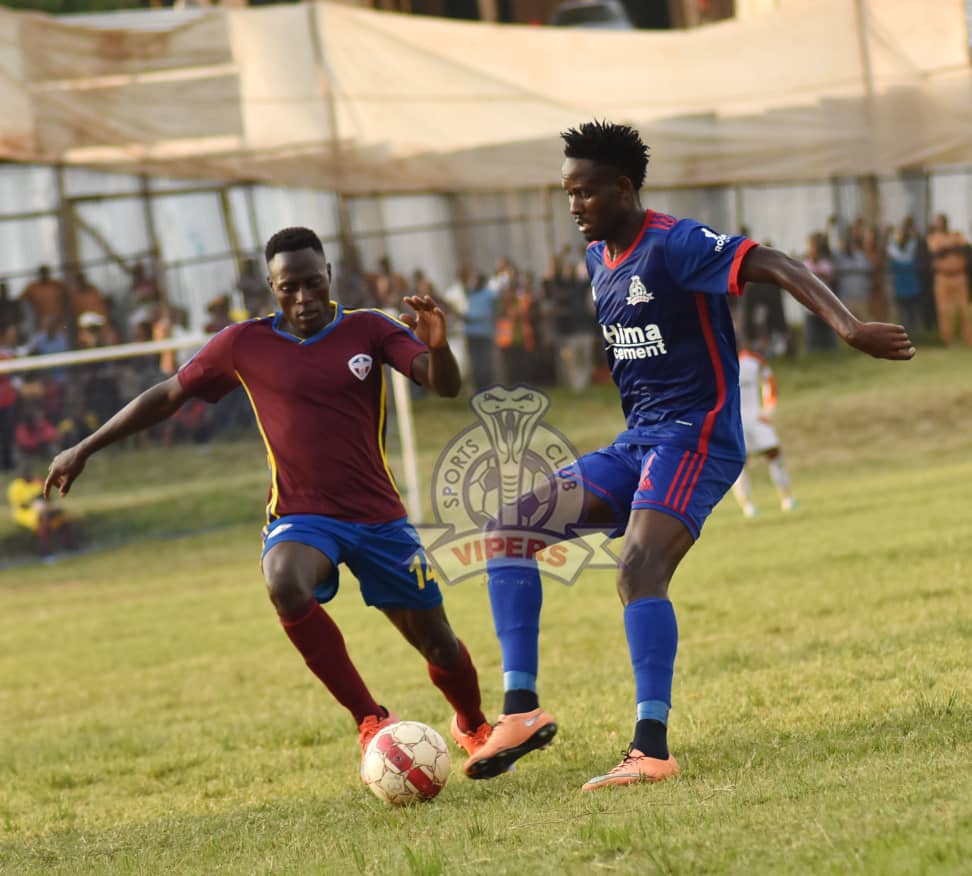 In the opening minute, Davis Kasirye was released with a defence splitting pass by Moses Waiswa but he failed to fire past Maroons custodian Ashadu Bugembe.

The Prisons side gained momentum and was the better side from then with Dan Wagaluka and Seife Batte causing a lot of threat to the Vipers defence.

It was just a matter of time and the goal came in the 23rd minute when Seife Batte fed Pius Obuya who rounded off Vipers goalkeeper Fabien Mutombora to calmly score into an empty net.

After that, Davis Kasirye restored parity in the 28th minute. Moses Waiswa put Vipers 2-1 ahead with a controversial free kick at the stroke of halftime.

In the resumption, Maroons pressed hard to level matters but couldn’t break down a resilient Vipers defence.

Nsimbe coached side could have levelled the match in the 61st minute when Eddy Kapamba’s cross that was heading straight for goal was pushed the ball into the net by Seife Batte with a hand.

The result see Vipers climb to the summit after two games with 6 points while Maroons are in the drop zone and are yet to collect a point.

Vipers next host Nyamityobora FC on 20th October while Maroons will lock horns with Mbarara City at Kavumba on the same day.