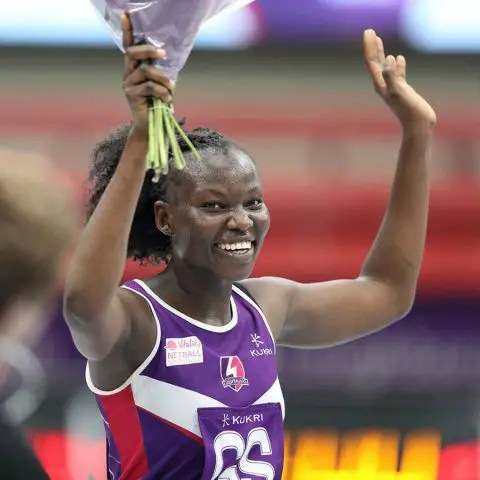 Proscovia has been at the Vitality Netball Superleague outfit for four years and leaves at the end of her Masters Degree in Science.

The historical She Cranes captain has been instrumental in Uganda’s consecutive Africa Netball Championship triumphs (2017 and 2018).

In 2015, She led the Ugandan Netball team in their first ever World Cup appearance since 1979.

” I am very excited to join Sunshine Coast Lightning for the coming season. I have always yearned to play in Australia to showcase my abilities.”

The former UCU student says in her maiden interview with her new side.

” I have been playing goal shooter for Loughborough Lighting for the past 4 years and I can’t wait to put on the goal shooter bib and strike again in Australia. “

Proscovia has been a relish for many clubs in Australia because of her remarkable goal shooting abilities. She also comes in to fill the void left by Caitlin Bassett who recently joined GSW Giants.

Her new side Sunshine Coast Lightning is based in Queensland and competes in the Suncorp Super Netball League. They are the current holders having won the league title on back to back occasions (in 2017 and 2018).