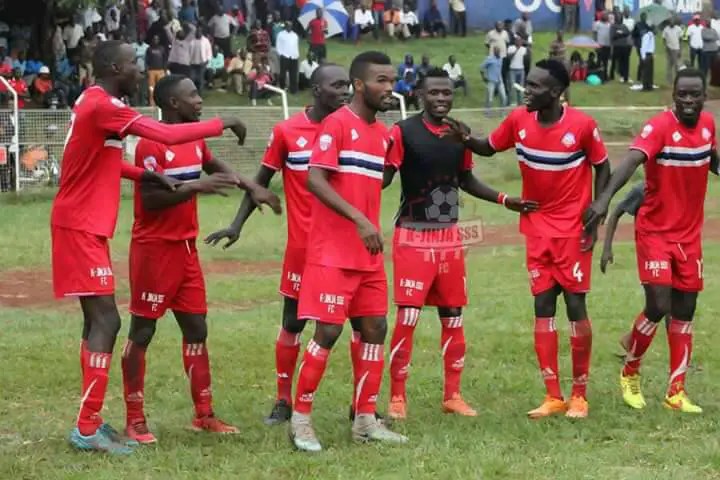 Kirinya JSS players celebrate one of their goals

It was Kirinya’s first victory over Express having failed to beat them on 3 previous occasions.

10 minutes to time, Anthony Mayanja’s first touch doubled the lead for Kirinya Jss and secured the all three points.

Shafiq Bisaso’s men remain in the Red zone 14th placed with 19 points While Kirinya Jss in 4th with 37 points.

“We may be down but not out”. Bisaso refuses to give in
VIPERS 3-2 BRIGHT STARS: Masiko late stunner breaks resilient Bright stars to keep title push alive