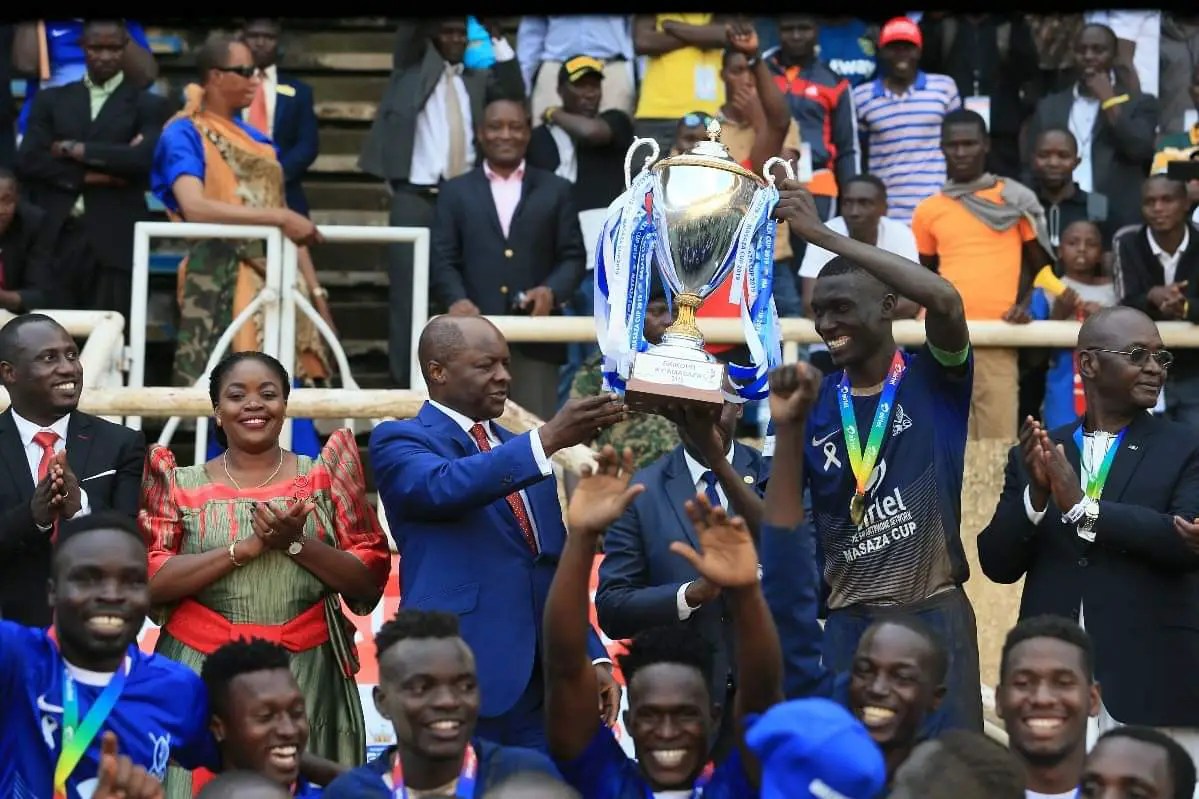 Masaza Cup organizing committee led by Hajji Sulaiman Ssejjengo has on Thursday 12th November met with officials from Mawogola and Butambala at Bulange, Mengo to share with them on what transpired in the meeting they failed to attend on Monday.

The committee had made a decision to only have a championship of 16 teams since Mawogola, Busujju and Butambala had failed to attend the previous meeting due to various reasons.

Ssejjengo has however confirmed that they are ready to stage a championship that comprises of all the 18 teams in case they all fulfill the needed requirements.

“We have shared with the representatives of teams that missed the previous meeting on what transpired as we prepare to stage a competition during this horrendous coronavirus period.”

We have given them a chance to start preparing for the championship.”

“As a committee, we are ready to hold a tournament that comprises all the 18 teams in case they all fulfill the needed requirements.”

“We are to make adjustments in the fixtures in case all the 18 teams are ready to take part in the competition this year.”

Busujju were again not represented but Ssejjengo stated that they have been in contact with them and they are also ready to take part this year’s championship.

The tournament will be launched on 17th November 2020 at the Bulange gardens in Mengo.

This year, the tournament is expected to kick off on 12th December and all games will be played at Njeru Technical centre.

Bulemeezi are the reigning champions of the competition.