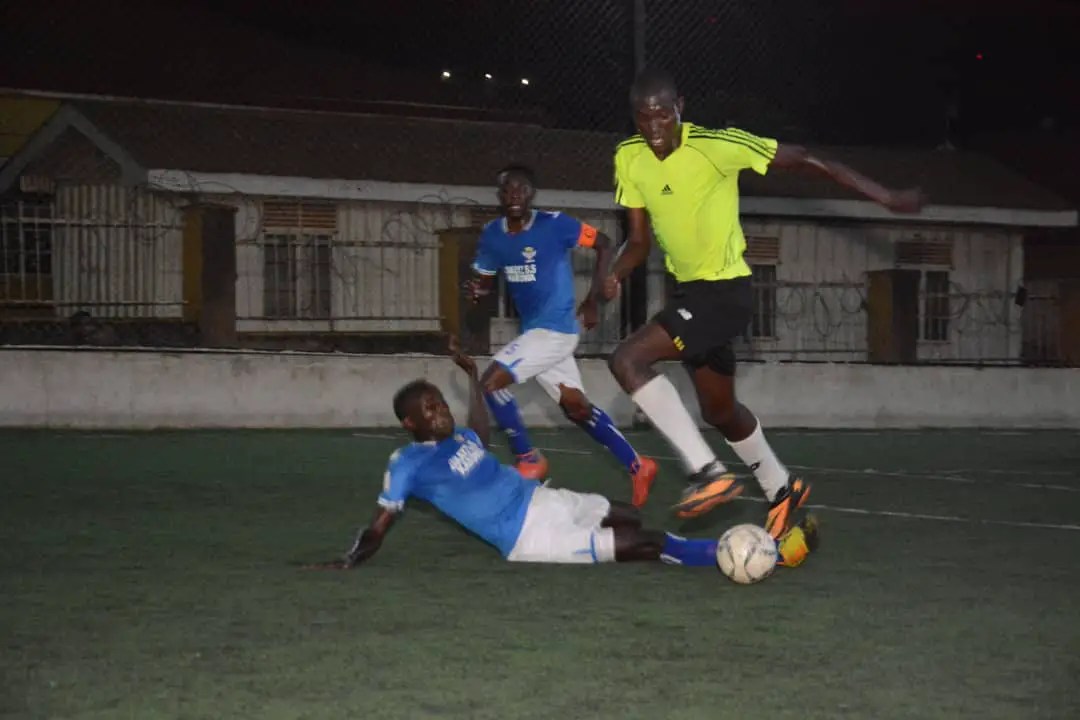 Parakeets were 6-0 winners over Yap Stars, a result that sent them to the top of the table on 22 points, two better than Park (second) and Yeak Kabowa (Third).

Onegi Borris and Arafat Ssentongo bagged a brace each while Othieno Ivan Paul and Abigaba Joseph scored the other goals to ensure a comprehensive victory for Parakeets.

Typhoon recovered from last week’s defeat with a 7-1 rout against lowly side Elephants. Veron Stephen Bikamata scored 4 goals whereas Umar Ssebuliba bagged a hat trick for himself.

The White walkers are now fifth on the 14-team table with 16 points.

Equator edged Nomad 3-2 in the early kick off thanks to an Omar Hitimana brace and a goal from Tusubira Abraham Kakensa.

Hitimana was also villain as he scored in own net to supplement Abdifitaah Ahmed Omar’s other consolation for the Nomad side.

Ssegawa John Kintu single handedly put Aidenal to the sword in Dream’s 4-1 win in the late kick off of the night. Kaggwa Moses Mawa pulled one back for Aidenal.

Dream who are also the defending champions, are 6th with 15 points accumulated from 9 games.

The league will continue on Thursday 17th January with six exciting fixtures.