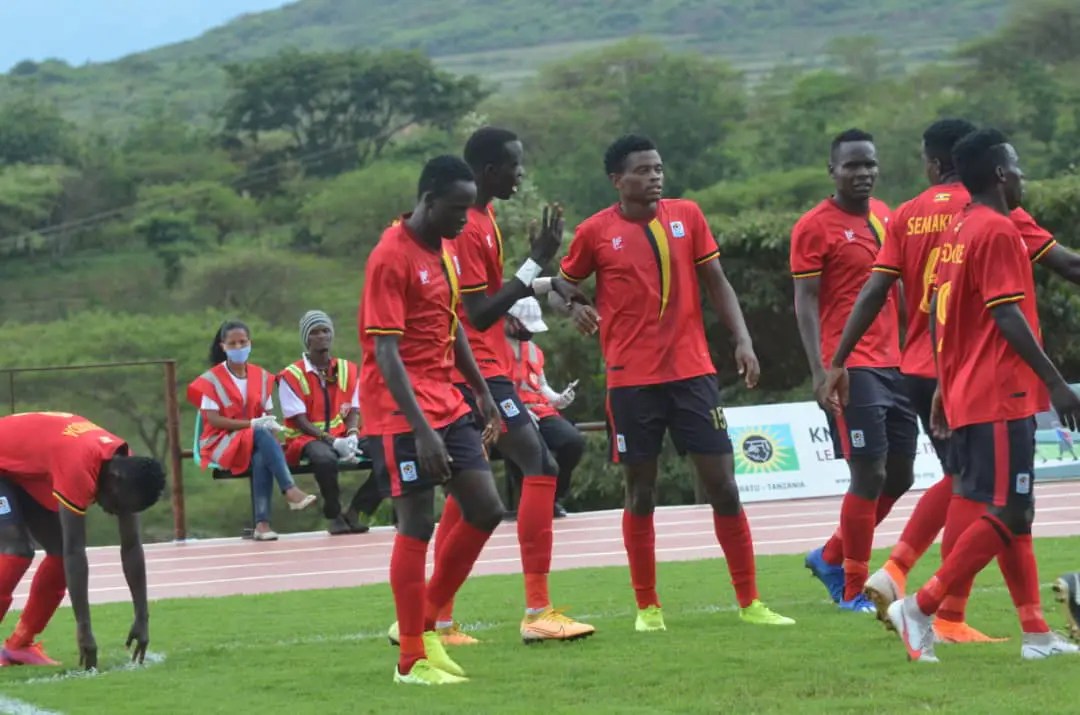 The national U-20 men’s team have enjoyed a goal fest over hosts Tanzania to stamp their claim in the history books of Ugandan football.

They have beaten Tanzania 4-1 to qualify for the biggest stage of African football.

Vipers forward Najib Yiga opened the floodgates from a set piece when he fired hope a fabulous free kick in the 11th minute .

The hosts leveled matters through Hamis Sulimani who converted from the spot in the 30th minute following a Musa Ramathan handball in the box.

Towards the end of the first period, KCCA midfielder Steven Serwadda restored Uganda’s lead with a calm tap on from Aziz Kayondo’s trademark cross. It might have been 3-1 at half-time but Ivan Bogere missed a penalty at the stroke of halftime.

Bogere made amends when he doubled Uganda’s lead in the 66th minute with a superb header at the end of Steven Serwadda’s corner kick delivery. He also extended his goal tally to 5 more than other player.

With Tanzania pushing harder for redemption, left wingback Aziz Kayondo swung in Uganda’s 4th from his own half to put the scoreline far from Tanzania’s reach.

Morley Byekwaso and his men will bag 1000 US Dollars each as a special prize from FUFA president for the great feat achieved this evening.

Focus will now be turned on the final AFCON U20 championship that will be hosted by Mauritania. Uganda will also stand a chance of qualifying for the FIFA U20 World cup if they reach the semifinals.