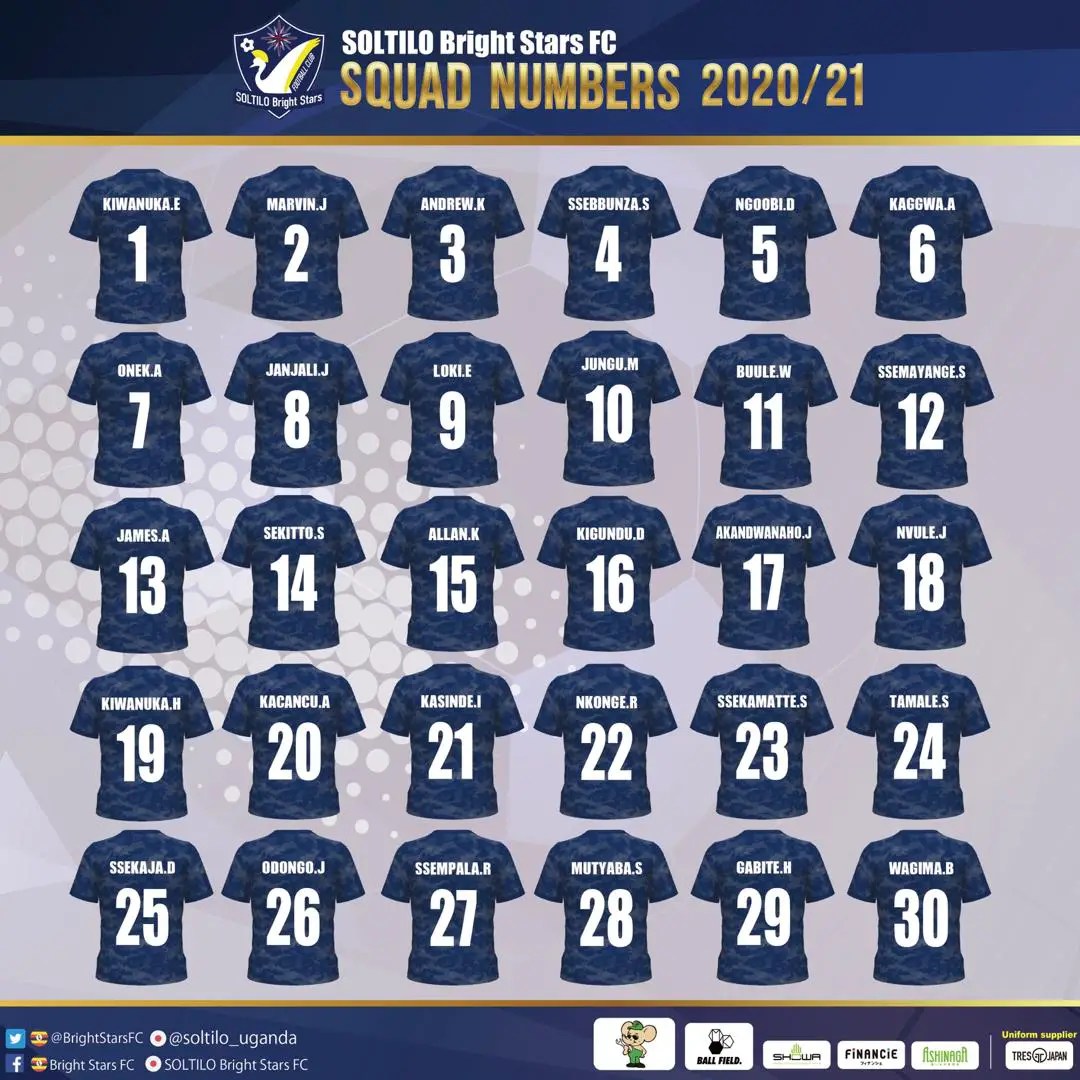 Soltilo Bright Stars have revealed a 30-man squad that will compete in the forthcoming Uganda Premier League.

The 12 of the 30 are new players at the club that will be under new coach Baker Mboowa who crossed over from Proline FC.

Striker Joseph Janjali who was the club’s leading scorer last season was also acquired from Vipers on a permanent two year deal.

Godwin Buule Kiwanuka, Simon Tamale and Wagima (signed from Busoga United) are the three recognized goalkeepers in the squad.

Sulaiman Ssebunza, Andrew Kaggwa and Jjungu Methodius are the long serving players in the squad.